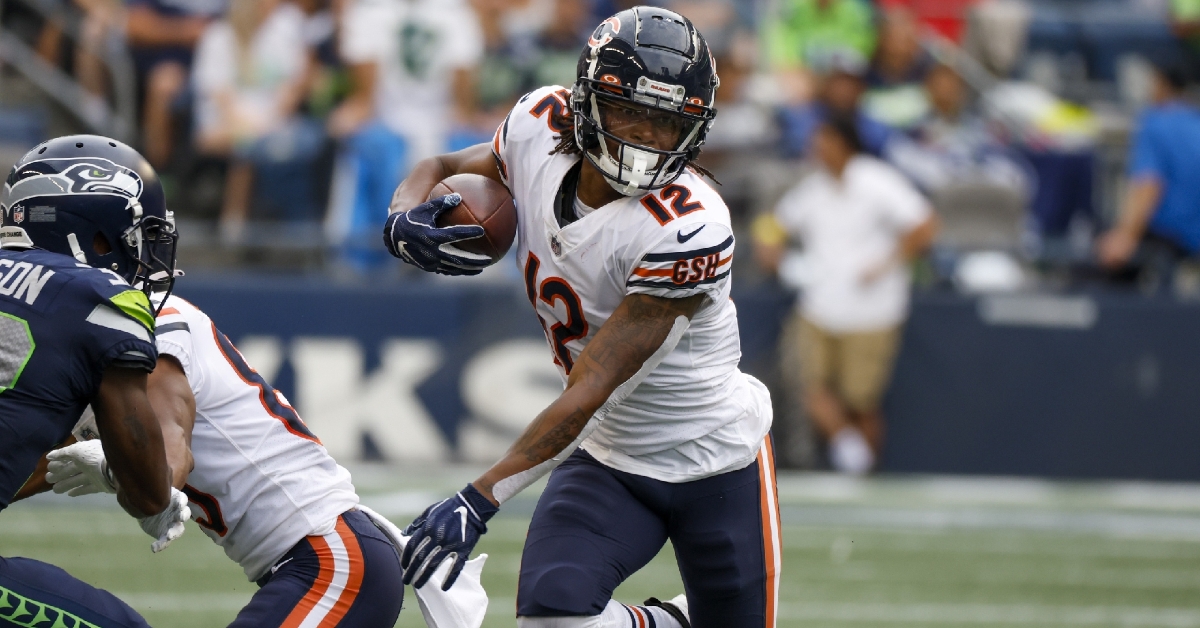 The Chicago Bears announced on Friday that rookie receiver Velus Jones Jr. is doubtful for Sunday's game against the 49ers with a hamstring injury.

Jones has not practiced for three straight days with the injury.

"He's working through that," Eberflus said to the media Friday. "We're close. We're getting close with it. I think it's going to be good here soon."

The only other player on the team's injury report on Friday was Dominique Robinson, whose status was questionable with a knee injury.

The Bears seem to be pretty healthy for the opener against the 49ers tomorrow.

In other roster news, the Bears announced that they have released veteran defensive tackle Mike Pennel Jr. from the 53-man roster and also cut defensive end Sam Kamara from the practice squad.