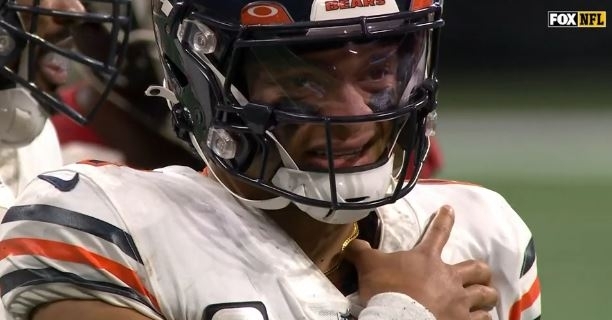 Chicago Bears lost another heartbreaker with the 27-24 loss to the Atlanta Falcons on Sunday.

However, the bigger news might be the injury to franchise quarterback Justin Fields in the second half of action.

Fields landed on his left shoulder near the end of the game and was is some visible pain on the sidelines. He was holding his shoulder while he was on the bench.

After the contest, Fields was seen carted off for further evaluation on his left shoulder, possibly going to get an MRI.

"I don't even know what happened to be honest with you," Fields said to the media following the loss. "It was just hurting after that play."

Fields said they are still waiting for the results of his injury. He also said during his media availability that he was cramping the whole fourth quarter.

We will update you when Bears officials give us his MRI results.