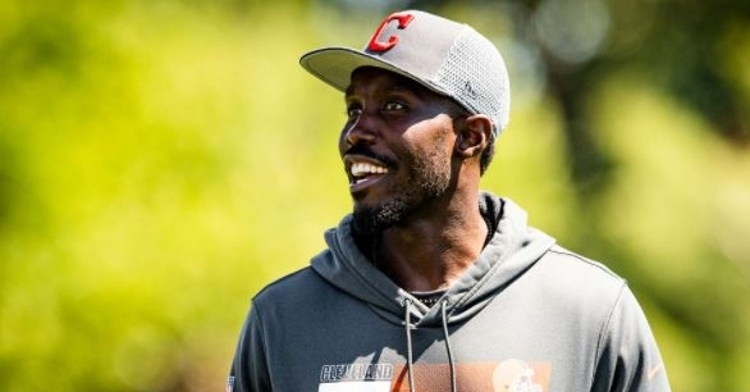 Hearing success and the Cleveland Browns in the same system is not common, but get used to it over the next few weeks. Despite the Browns organization having one of the worst winning percentages since returning to the league in 1999, things have been taking a turn for the better over the past five years, culminating with a playoff appearance in 2020.

Not only that, but the Browns won a playoff game and nearly upset the Kansas City Chiefs the following week. A big reason for the organizational turnaround to be a more competitive organization has been the front office's great football minds. Those minds are now being pursued by other organizations, including the Chicago Bears.

Mensah isn't alone when it comes to Browns front office candidates, as the Bears will also be in the market to interview Glenn Cook. Back to Mensah. Unlike many GM prospects the Bears are bringing in, he may have the least amount of experience. That isn't always bad, especially when you look at the high praise he is getting across the league.

The San Francisco 49ers are known for churning out brilliant front office minds, and Mensah falls into that category. Going back to 2013, Mensah was hired as the 49ers Football and research mind to look at the analytics side of the game. He started as a manager in that position for five years before moving to a director role in 2018-19. Following his seven-year run with the organization, the Cleveland Browns came calling, and they gave him an opportunity that he couldn't pass up.

Not only was it an opportunity, but a big promotion as the Browns appointed him Vice President of Football operations in 2020. After two years on the job, Mensah could be on the move once again as he may be looking to land a GM gig somewhere. The Bears are on the list of teams to interview him as he now has five interviews lined up.

What Mensah lacks in football experience, he makes up elsewhere, which stems back to his IVY League education in Economics. He also has a master's degree from Stanford, so to say Mensah is intelligent would be an understatement. Fans have wanted the Bears front office to get a little bit smarter, so what better way than by hiring someone with an education from two of the most prestigious universities in the country.

Before the Bears officially interviewed him, Mensah was one of the first names connected to the Bears GM opening, and with good reason. His path to football is intriguing, but one that could land the Bears playing a more innovative brand of football for the foreseeable future. We always like to talk about connections with the Bears regarding candidates, and Mensah has an odd connection where he worked with Jim Harbaugh in San Francisco. If the Bears need any input on Mensah, Harbaugh can fill them in, and we all know he doesn't sugarcoat anything.

Hiring Mensah would shock Bears nation as he is an outside-the-box candidate from what the organization typically does. Maybe that is a good thing, as that would be the first significant step in changing the future of the franchise. He may not have the same football climb as some candidates, but Mensah provides a different perspective, and that alone is something the Bears would be wise to take a chance on.

The Browns were not an organization you would ever consider getting help from. However, it becomes noteworthy when you look at their success over the last few years and realize that they have more wins and more playoff wins than the Bears over the last three seasons. Mensah may not be the team's first, second, or third choice, but he is someone who will garner plenty of attention and discussion.

Looking at how fast he has climbed the front office later and what he did to get there, it is only a matter of time before someone snags him up. Maybe that team is the Bears. Mensah would give them a different perspective than most candidates, and his ability to look at the analytic side of things could go a long way in hiring the perfect coach for this team.