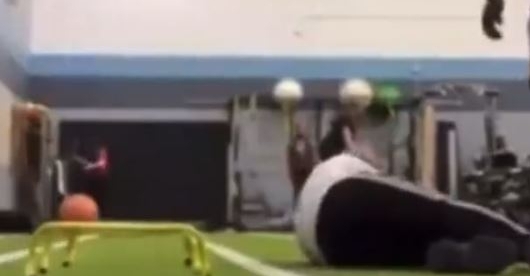 Cohen has been injury-plagued the last few years

Former Chicago Bears running back Tarik Cohen tore his achilles while working out on Tuesday, according to ESPN's Adam Schefter.

Cohen was live-streaming his workout and went down in pain after one of his cuts during a drill.

He hoped to get back fully healthy and latch on as a free agent on an interested team for the upcoming 2022 season.

The 26-year-old hasn't played in the NFL since he tore his ACL in week three of the 2020 season. He missed the entire 2021 season rehabbing his knee.

The Bears signed him as a fourth-round pick in 2017, and he made an immediate impact early as an All-Pro return man in 2018.

In three seasons with the Bears, he had 1,027 rushing yards with five touchdowns. He had 203 receptions for 1,534 yards and nine scores as a receiver.

ChicagoBearsHQ would like to give out our support and prayers to Cohen because he is one of the good guys in the league and just can't catch a break.