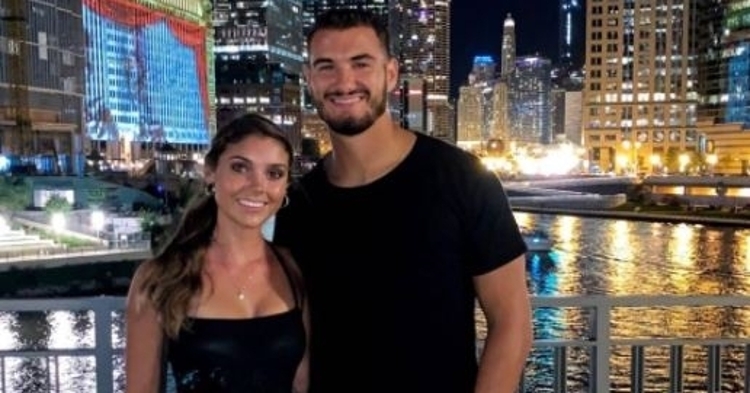 The Mitch Trubisky era is over in Chicago.

Trubisky signed a one-year deal with the Buffalo Bills for $2 million, including $1.5 million guaranteed with a $500K signing bonus.

During his time in Chicago, Trubisky threw for 57 touchdowns, 30 picks and completed 65.3 percent of his passes.

After the signing, Trubisky's finance Hillary Gallagher had a final message to Bears fans that had supported her partner over the years.

“Thank you to all of the Bears fans with the sweetest messages," Gallagher posted on social media. "The city of Chicago will always have a special place in our hearts.”

Best of luck to the couple in Buffalo from everyone at BearsHQ.com.

The final message from Hillary Gallagher, the fiancée of @Mtrubisky10, to the city of Chicago. Trubisky signed his #Bills contract today. pic.twitter.com/3CAxANGVjx