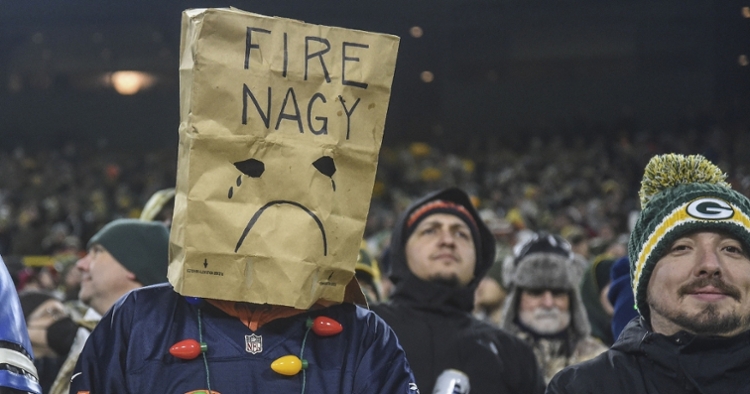 The biggest question mark for the Bears is what they are going to do with head coach Matt Nagy.

NFL Network's Ian Rappoport reports that the organization will likely move on from him after the season finishes up.

"After that (end of the season), the Bears brass will hold discussions, and the likely outcome is that they will move on from Nagy, sources told Rappoport. "According to those in the building, Nagy has been business as usual, not making his future a major topic of conversation and focusing only on his team closing out the season the right way. There are factors he can handle, and factors he can't, and he has been focused on those that he can."

CBS Sports Jason La Canfora is also reporting the end is near for Nagy.

"Internal discussions about their head coaching situations and are preparing to conduct a search at the end of the season," he posted.