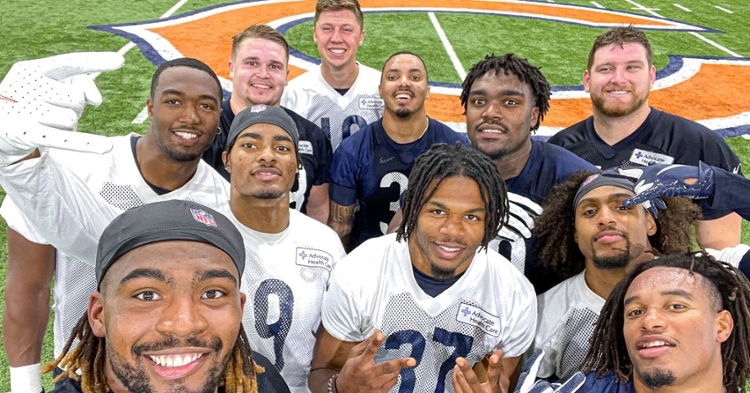 The new crop of Bears rookies (Photo via Bears Twitter)

The Chicago Bears announced on Friday night that they have signed seven of their 11 draft picks from the 2022 NFL draft.

All of these players were from Day 3 of the draft.