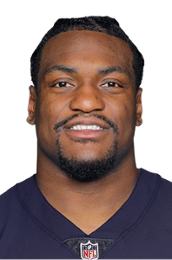 
2019 SEASON (Lions): Finished the season with 50 tackles (29 solo), two tackles for loss, 2.0 sacks, four pass defenses, and one fumble recovery as part of a defense that finished with the fifth-most solo tackles (673) in the NFL ... Became the second linebacker in team history to record at least five tackles, 1.0 sack and two pass defenses in a game in Week 1 at Arizona (9/8) ... Totaled three tackles (one solo) and one pass defense in Week 2 against the Los Angeles Chargers (9/15) ... Posted six tackles (three solo) and 1.0 sack in Week 3 at Philadelphia (9/22), becoming the first player in Lions history to accumulate at least 10 tackles, 2.0 sacks and three pass defenses through the first three games of a season ... Recovered his first fumble of the season (forced by DT A'Shawn Robinson) to set up a Lions scoring drive in Week 6 at Green Bay (10/14) ... Recorded six tackles (five solo) and a pass defense as part of a defensive front that limited RB Saquon Barkley to 3.3 yards per carry, his lowest average in a full game this season, in Week 8 vs. the New York Giants (10/27) ... Was placed on Reserve/Injured prior to Week 16.