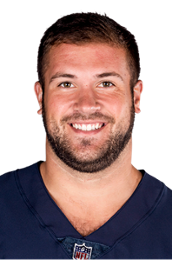 Enters his third NFL season; has eight career starts, all coming during the 2020 season
Spent his rookie season (2019) on the practice squad before being promoted to the active roster Oct. 15

Appeared in five games as a rookie; spent Weeks 1-6 on practice squad and inactive for Weeks 7-12
Signed to active roster Oct. 15; made NFL debut in Week 13 at Detroit