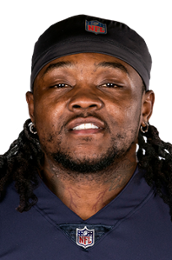 Inside Linebacker
B I O
PRO CAREER:

2018: NFC Defensive Player of the Week in Week 2 vs. Seattle

Started 16 games, recording 102 tackles, two sacks, six passes defensed, eight tackles for loss, one interception, one forced fumble and one fumble recovery
Made a season-high 12 tackles at BUF (11/4)
Recorded his first career multi-sack game in Week 2 vs. Seattle
Earned NFC Defensive Player of the Week honors for his performance vs. Seattle (9/17)
Recorded six tackles and one tackle for loss in Wild Card playoff game vs. PHI (1/6/19)

Played in all 16 games for the Broncos as a rookie
Collected 30 tackles, 1 sack, 2 pass breakups and 1 TFL
Added 3 special teams tackles
Finished second among the team's rookies with 30 defensive stops