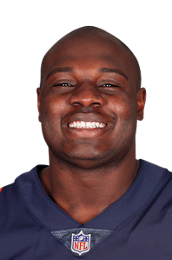 Has appeared in 37 games with 31 starts; 23 at left guard and eight at center

Started the first five games of the season at left guard; suffered a season-ending pectoral injury in Week 5 vs. Tampa Bay
Helped the Bears rush for 149 yards in the Week 1 win at Detroit

Started 16 games (eight at center, eight at left guard)
Switched from center to left guard in Week 10 vs. Detroit

Appeared in 16 games (10 starts at left guard)
Made his first career start at left guard in Week 8 in a win over the NYJ
Part of an offensive line that allowed just 33 sacks, tied for the third fewest in the NFC
Started the Wild Card playoff game vs. Philadelphia (1/6/19)