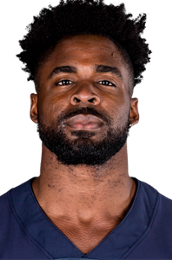 Appeared in all 16 games as a reserve, making three tackles, one tackle for loss and five tackles on special teams
Appeared in Wild Card playoff game as a reserve