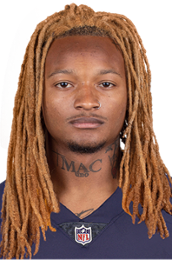 Enters his sixth NFL season in 2021; originally drafted by the Arizona Cardinals in the fifth round of the 2016 NFL Draft (167th overall) out of Midwestern State
Has played in 55 games with 1 start, tallying 71 tackles (55 solo), 3 passes defensed, 1 quarterback hit and 1 tackle for loss
Has also played in three postseason contests, all coming with the Los Angeles Rams during their 2018 Super Bowl run

Played in 16 games with one start at strong safety at the Bengals where he recorded six tackles and a pass breakup
Recorded 32 total tackles (25 solo), including two on special teams

Saw action in all 16 games; registered 33 tackles (26 solo), one quarterback hit and one pass defensed; added 2 tackles on special teams