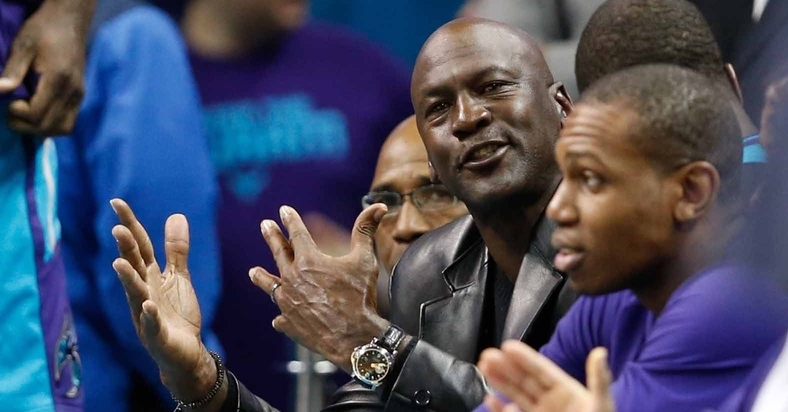 The Last Dance, the epic, ten-part documentary by ESPN that followed the 1997-1998 championship run aired its final episodes Sunday night, and the sports world was content for the first time in months.

ESPN rushed the release of the Last Dance due to the lack of sports due to the ongoing Covid-19 pandemic that has halted sports on a nearly global level. The restlessness of sports fans and the desire for content from ESPN led to this decision, and its viewers were immense beneficiaries.

During a time of extreme uncertainty and need for hope and inspiration, Michael Jordan and the Chicago Bulls did what they did so many times in the 1990s once again, they delivered. Michael Jordan, the global superstar, and international icon graced the television for two hours for each of the past five Sunday nights — and old generations and new generations were collectively educated on the greatness that is Michael Jordan. Not only did it bring people together in the way that only sports could for the first time in months due to the coronavirus, but it also helped to cement and illustrate how truly great Michael Jordan was and is.

The episode was beautifully crafted, as it efficiently weaved in and out of the past to explain some aspects of Jordan or the roster, while also brilliantly tying it back together to the 1998 season, the heralded Last Dance of the group.

The first episode began by outlying the construction of the Bulls, which included drafting Jordan in the first round with the third pick of the 1984 NBA draft. Episode two focused more so on the excellence of Scottie Pippen and his role with the Bulls, even though he was underpaid.

The third episode was centered more on Dennis Rodman and his prowess on the basketball court despite his antics off of it. When the series reached episode four, the series shifted gears to the Bulls’ battles and eventual triumph over the Bad Boy Detroit Pistons and then the victory over the Lakers for the first of six NBA Championships.

The sixth episode focused on Jordan’s golfing and gambling, as well as his rivalry with Charles Barkley — that was ultimately ended with Jordan and the Bulls’ third championship over the Suns in 1993, capping off the first of two three-peats in the decade.

The seventh episode was spent more so off the basketball field and on the baseball field. Jordan’s father was murdered, and the amount of pressure and scrutiny he was under led him to leave basketball and begin playing baseball, one of bot his and his fathers’ dreams.

The eighth episode was about the incredible 1996 season, where the Bulls went 72-10 in MJ’s first full season back from retirement. At that point, the greatest NBA season ever was capped off with a fourth NBA Championship over the Seattle Supersonics that was clinched on Father’s Day — the episode ended with an emotional Jordan in the locker room.

The ninth episode mainly focused on the battle in the 1998 playoffs with the Indiana Pacers, and then flashed back to the 1997 defeat of the Utah Jazz in the NBA Finals, not to mention the iconic explanation of the Flu Game.

The final episode chronicled the end of the 1998 season, capped off by the epic Michael Jordan last shot over the Utah Jazz, to clinch the sixth of sixth championships. The episode ended with the aftermath of the dynasty.

Here are ten of the most interesting things we learned from watching The Last Dance.

1. Scottie Pippen was both underrated and underpaid as a member of the Bulls.

2. Dennis Rodman’s antics hardly affected his play on the court.

3. Steve Kerr was the replacement John Paxson, and both players made clinching championship shots.

4. Players everywhere strived for Michael Jordan’s respect, both on and off the Bulls. This was apparent most through the great relationship Jordan shared with the late, great Kobe Bryant.

6. Jerry Krause was the inevitable villain behind the magical dynasty, pushing for it to end potentially before it’s time.

7. Michael Jordan and the Bulls still dislike Isaiah Thomas and the Pistons.

8. Jordan revitalized, revolutionized, and grew the game of basketball.

9. Jordan found motivation in a multitude of places.

10. Despite the reputation of a tough guy, Jordan was a great teammate who prioritized winning — and pushed his teammates to get there.

And above all, if there was ever a question, Jordan was the greatest player of all-time.