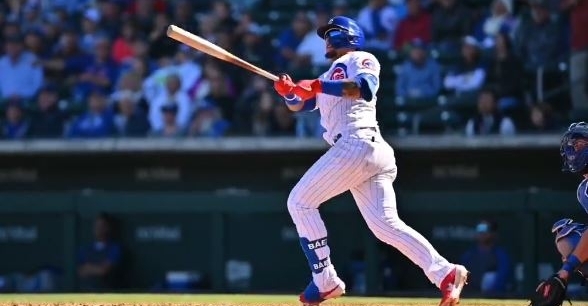 El Mago hit his second homer of the spring

Spring win/loss records may not matter, but dropping three-straight has to be a little disconcerting to David Ross and the Cubs. This afternoon Chicago (3-5) hosted the Mariners (3-5).

Jon Lester got his second start of the season, undoubtedly hoping to have a better outing. In his initial appearance on February 25th (vs. Rockies), Jon gave up three runs in the first and was charged with two more in the second (total of three earned runs), failing to get a fourth out before he was replaced. During that game, he gave up three hits, and a walked a pair, while not collecting any strikeouts.

T-1 Lester came out looking much better, retiring the first man on a groundball back to the mound. Jon gave up a single to Crawford, but Contreras nailed him trying to swap second. He’d fan the next man to end the frame.

T-3 Lester came back for more. He started with another K, then after giving up a single, Contreras erased another would-be base thief. Lester’s fourth K would the inning. Still 0-0.

Miguel Amaya bloops one into shallow right field and then spring training things happen for the Mariners lol pic.twitter.com/T3GM2Y1fmd