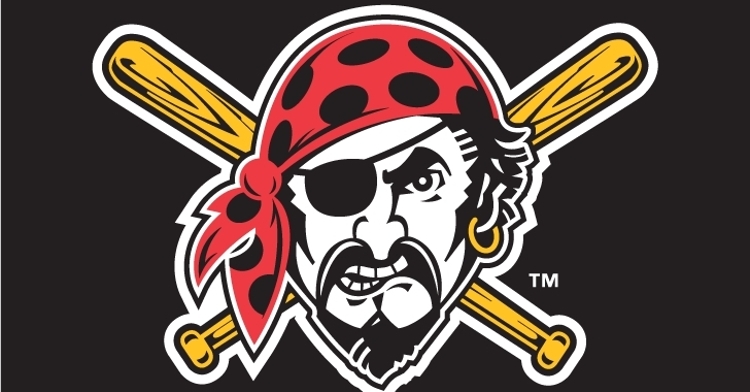 Every former player and or Coach always has dreams of becoming a big-league manager. For Derek Shelton, that dream could turn into a nightmare first season given where his ball club currently sits. After a long tenure with the Pirates, including three postseason berths, Pittsburgh elected to part ways with Clint Hurdle and brought in Shelton as the new man in charge.

Although this could be a very rough season for him, it is perhaps the best scenario possible as he isn't going to be judged by his team's performance this season. With everything that has gone on and all that went into even trying to play this season, if Pittsburgh even looks the part of a competitive bunch, it will be viewed as a success by Shelton.

The Cubs need to capitalize on a team that is down, but a team that they have pounded in recent seasons. Pittsburgh will head to Wrigley for their lone meeting on July 31-Aug 2, with the Cubs heading east to Pittsburgh Sept 1-3 and Sept 21-24. These are the type of games the Cubs must have if they are going to reach the level they expect.

Looking at the Pirates roster, and you can see starting pitching is their strength as they have some legit young arm talent. However, with ace Jamison Taillon recovering from Tommy John and top prospect Mitch Keller enduring an injury, it is unclear how much Pittsburgh can expect from either one right now. For the time being, look for Chris Archer, Trevor Williams, and Joe Musgrove to be at the top of the rotation until and other issues are sorted out.

These three guys have the stuff to be great and have shown it against the Cubs, but they struggle to put strong efforts together for some reason consistently. Until we see Keller and Taillon's situation and their place this season, look for Steven Brault to get some early season starts along with former Cub Derrek Holland. Ideally, Pittsburgh wants these two arms in the pen, but they may need to start early this season. Chad Kuhl is the wild card in the mix as he has ace material written all over him if he can get a chance.

Once the Pirates lost Felipe Vazquez as their closer due to heinous actions, the Pirates bullpen looked much different last season but will have familiar faces this year. The Keone Kela (CL) and Kyle Crick combination in the back end will be tough but look for one if not both to be dealt at some point this season. Guys like Michael Feliz, Richard Rodriguez, and Chris Stratton all have big-time arms in relief and will be solid arms to count on with the likes of Holland and Brault should they end up there too with Nick Burdi as a possible sleeper.

Offensively, we continue to see the Pirates go through a drastic makeover. With Gregory Polanco and the possibility of opting out of the season, the offense is going to be that much slimmer in terms of power. Guys like Adam Frazier and Bryan Reynolds will continue to anchor the top of the lineup as both bring high on-base averages to the table. Getting them in if Polanco is gone will be another challenge as Josh Bell seems to be the only legitimate RBI presence in the lineup.

We saw players like Colin Moran, Kevin Neuman, and Jacob Stallings showed some growth last season, but can they duplicate that into a second straight year of success. Adding speedster Jarrod Dyson into the mix was a very nice acquisition because his speed is such a weapon. Should he find ways to get on base, he is a nightmare to contend with and could be a leadoff man if that does improve.

The rest of the Pirates bench is filled with lots of unknowns that have filled role player spots in the past. Guys like Phillip Evans (Formally with the Iowa Cubs), John Ryan Murphy, Andrew Susac, Erik Gonzalez, Jose Osuna, JT Riddle, Kevin Kramer, Socrates Brito, and Guillermo Heredia are all names vying for bench spots out of summer camp.

To make matters more interesting would be who the Pirates send to minor league camp in terms of prospects and what to do with them once they get there. Keller, the organization's top overall prospect, appears to be a lock on this roster with No. 4 Quinn Priester as the next best pitcher in minor league camp.

For a team that will need offensive help this season, could we see the No. 2 man in the organization in 3B Ke' Bryan Hayes. With 2020 his projected arrival, I feel it is only a matter of time for him and No. 3 prospect Oneil Cruz (SS) to get the call and give the Pirates some insight on the right side of their infield future. Regardless, expect this to be one of the teams with tons of players coming up and down this season.

Projection 7-3: I almost wanted to go 8-2 on the season, but I am not ready to commit that much into this Cubs team. If anyone finishes worse than Pittsburgh in the division, they should be looking for a new job next year because that is unacceptable. Pittsburgh doesn't have the talent or horses right now to contend for the postseason, so anything less than a seven-wins in 10 games is a joke. Chicago capitalized on this team post-all-star break last season, and they will need to do that again this season.

Top Phillip Evans News
Top Chicago Sports News of the Week
Partner of ChicagoBearsHQ.com, ChicagoBullsHQ.com, CubsHQ.com, and TigerNet.com
ChicagoSportsHQ is an independent site and is not affiliated in any way with Chicago Professional Sports Teams.