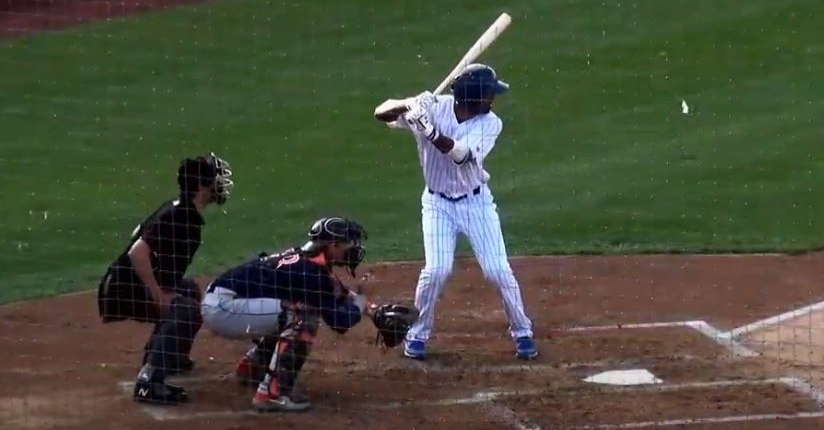 Brennan Davis is an exciting prospect for the Cubs

Not having a minor league season in 2020 was not just bad for organizations, but bad for fans. From an organizational side of things, teams never got to see their rookies or top prospects further develop as they were stuck waiting to hear news all season. Once word was announced, there would be no season; most prospects were sent to alternate sites to work out, but that was about it.

From a fan side of things, they could never follow or witness these top prospects as they make their way to the big leagues. For Cubs fans, some of their prospects were on display this season in that of Top prospect Brailyn Marquez, Nico Hoerner, Tyson Miller, and Adbert Alzolay, but those were the only ones that saw MLB action.

Perhaps no one in the Cubs system has as much upside as the teams No. 2 or No.3 overall prospect (depending on what publication you look at) as Brennan Davis does. The soon to be 20-year old outfield product is the top offensive prospect in the Cubs system, and many view him as a potential five-tool player.

In less than 45 games a season ago, Davis undoubtedly impressed with the bat hitting .305 with eight homers and 20 RBIs. His defense needs a little work, but it got better with time, and his speed is solid for a corner outfielder. After spending most of his summer working out in South Bend, it appears that Davis is ready to break out this fall as he is now heading to the teams' instructional league.

Like most players that finish off their season, Davis took a few weeks off to rest up from his South Bend Summer. Well, his time for rest is over as Davis is heading to Mesa and will be added to the Cubs instructional league roster. This is big news for Cubs fans who follow prospects as a move like this shows the Cubs believe he will be ready to contribute soon.

When you consider he has less than 50 professional experience games and was still added to the team's original 60-man player pool, the hype on him is real, and the organization loves what they see. In his limited time in professional ball, Davis had a great season, which got even better during the postseason as he played a huge role in South Bends Midwest League title.

Not only did he put himself on the Cubs radar and could be ahead of Marquez next year in terms of the organization's top prospect, but Davis is now a top 50 prospect in all of MLB. When you look at the names, the Cubs have hitting free agency in the coming seasons. Kyle Schwarber is one to watch as Davis could be his replacement heading into 2022.

After spending the summer working on drills to stay in game shape, Davis will finally get some live game action in Arizona. It won't be a ton of action, but he will see plenty of time the next two or three weeks before the real offseason for him begins. This is a time for him to prove to the Cubs that he is the real deal, and it could leave them with the tough decision where to play him next season.

He won't be MLB ready next spring, but after spending all season in South Bend last year and again this summer working out. Don't be surprised to see him jump to AA Tennessee or AAA Iowa next year, depending on how things go the next two weeks and into spring training. Like other organizations, the Cubs are doing what they can to accommodate players with development opportunities.

I know there is talk about the possibility of no Minor Leagues again next season, but I don't want to think about that right now. Even if the Minor Leagues are shortened next season, it will be better than nothing. Davis is not only an intriguing prospect but an exciting one, to say the least. As a baseball fan, I am selfish when I say that I want him to play and want to see this kid in live game action.

I had the privilege to watch him on several occasions last season, and I think he has the chance to be the real deal once he fills out his body. He possesses Gary Sheffield esque bat speed with above-average power for a guy that only weighs 175 pounds at the moment. If I could compare him to a current MLB layer, I think Davis could hit like Marcell Ozuna, but with the speed of Christian Yelich. That would be a great player to build the Cubs' future if he can produce like many feel he can.