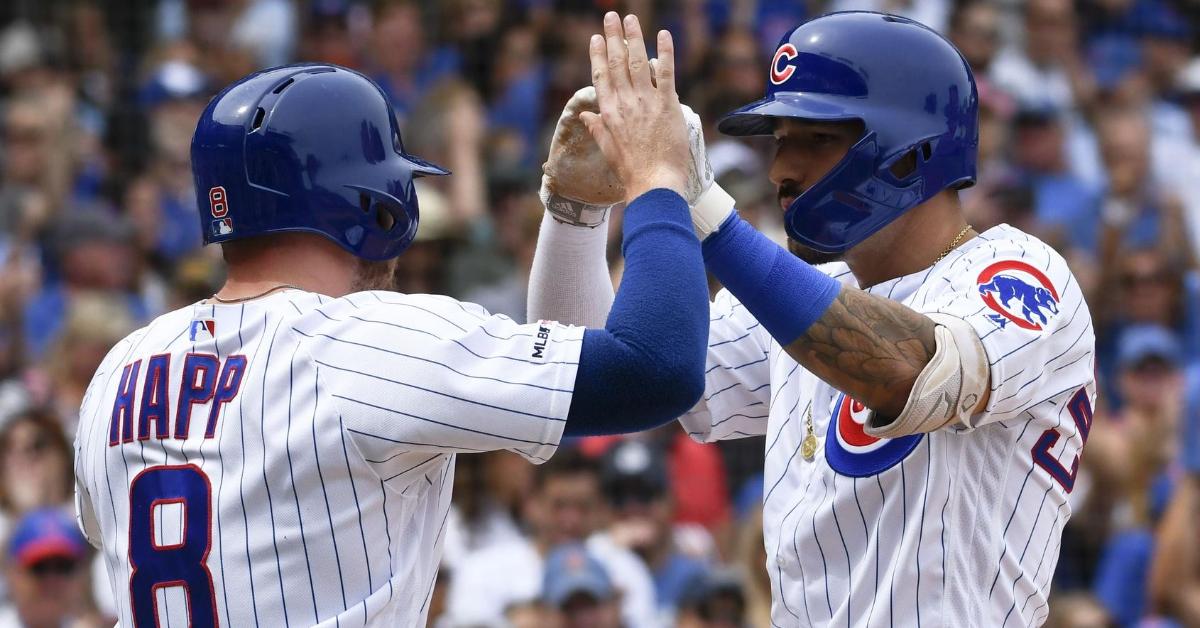 Castellanos decides: Well, it was a good ride while it lasted, but Nicholas Castellanos won’t be returning to help the Cubs. Just 24 hours after Jon Morosi reported the Cincinnati to be the frontrunner, Castellanos accepted their offer. This is reportedly a four-year deal worth $64M.

Bad enough that the Cubs couldn’t swing a deal, but now Castellanos will be playing for a divisional rival in a ballpark that will suit his style. Kind of makes for a double gut punch.

A first-year opt-out gives Nicholas Castellanos quite the palette of choices:

The division gets tougher: For the last few years, the Cubs, Cards, and Brewers have been the top three teams in the division, but the Reds have come out of nowhere this year to build what looks to be an impressive and competitive roster.

Don’t look for the Reds to be a fourth-place team next season. With the addition of Castellanos, this is now a team that could legitimately contend this year if the pieces all fall into place.

Signing Castellanos and dealing Senzel for a prominent name on the trade market could make the Reds an easy fan-pick for 1st or 2nd in the NL Central (depending on an STL trade).

The team made several additions and changes last year, but the roster never seemed to come together enough to win consistently (hmm, sounds familiar). Much like the Cubs, they’d show bursts of power and promise, but couldn’t keep things held together for long periods.

They’ve improved their offense, starting rotation and bullpen, and they may not be done yet. In the wake of the Castellanos signing, the Reds are now reportedly looking for a trade partner so that they can deal CF Nick Senzel out of what’s now a very overcrowded outfield (again, sounds very familiar).

In his rookie season, Senzel racked up a .256/.315/.427 slash line, while accumulating a WAR of 0.6. The kid shows a lot of promise, and at age 24, he’s got a lot of shelf life, and he’s controllable. Senzel is the kind of player that fits the Cubs' new look, but a trade between the Reds and Cubs would be unlikely. But a three-way deal could land him. Not the big name the Cubs wanted, but a substantial addition for someone.

Scooter???: The Cubs may never get Senzel, but new reports have surfaced, which say the Cubs are now showing interest in former Reds’ second baseman, Scooter Gennett. After suffering a bad groin injury with the Reds in early 2019, Gennett was dealt to the Giants; SF then released him a month later.

Third base watch: As the Cubs continue to wait on a decision regarding Kris Bryant, the Rockies and their issues with Nolan Arenado issues have gotten even worse. Insiders now say that an Arenado trade is inevitable, but the Cubs remain hogtied until they can deal Bryant.

Hello? Tom? The Cardinals didn’t really gain or lose enough this winter to affect their roster, and the Brewers have rebounded nicely after what looked to be the start of a teardown. The Reds won’t settle for the bottom 40% of the division this year, and now the Cubs have remained even more stagnate than anyone could have dreamed.

We’re at the point where even video game style trades wouldn’t save the offseason. What a terrible winter. pic.twitter.com/PrclR9YusU

I had every bit of confidence that the Cubs could be a second-place team this year, but after losing Brandon Kintzler and now Castellanos, the Cubs may have to claw their way into the top three.

Who will be the Cubs' toughest opponent in the division this year?

Mic’d umps: MLB has made another change to the upcoming baseball season, as the umpires will now wear microphones. The idea is to be able to announce to fans and TV viewers whether or not replay reviews were upheld or overturned. They will also be allowed to explain rules when necessary.

The #1 problem w/the DH debate (it's not even close)-those who hate the DH want to puke thinking about it & those who like it think the NL is living in the far past. So having both exist in the same world is the correct resolution. Both sides win something & lose something. Life!

Ahh, Jesus, I like him very much, but He no help with curveball.

Pirates: The Pirates have traded Starling Marte to the Diamondbacks in exchange for prospects.

The Starling Marte trade makes sense for the Diamondbacks, and the Pirates got two solid prospects back, writes @keithlaw. But the deal raises questions about what kind of team Pittsburgh will field this year. https://t.co/8nfgLliGmQ

With Nicholas Castellanos heading to Cincinnati, Josh Donaldson to Minnesota and Marcell Ozuna to Atlanta, the top free agents are now all signed. The best remaining? Outfielder Yasiel Puig and utilityman Brock Holt.

With the list now cleared, it’s time to put the Hot Stove section oh hold again. I’ll still bring you noteworthy trades and news from around the league, though.

With Nick Castellanos now signed, the Top-50 free agents are all off the board. Trades will still occur, but otherwise, Hot Stove is now pic.twitter.com/FbwPhe7UED