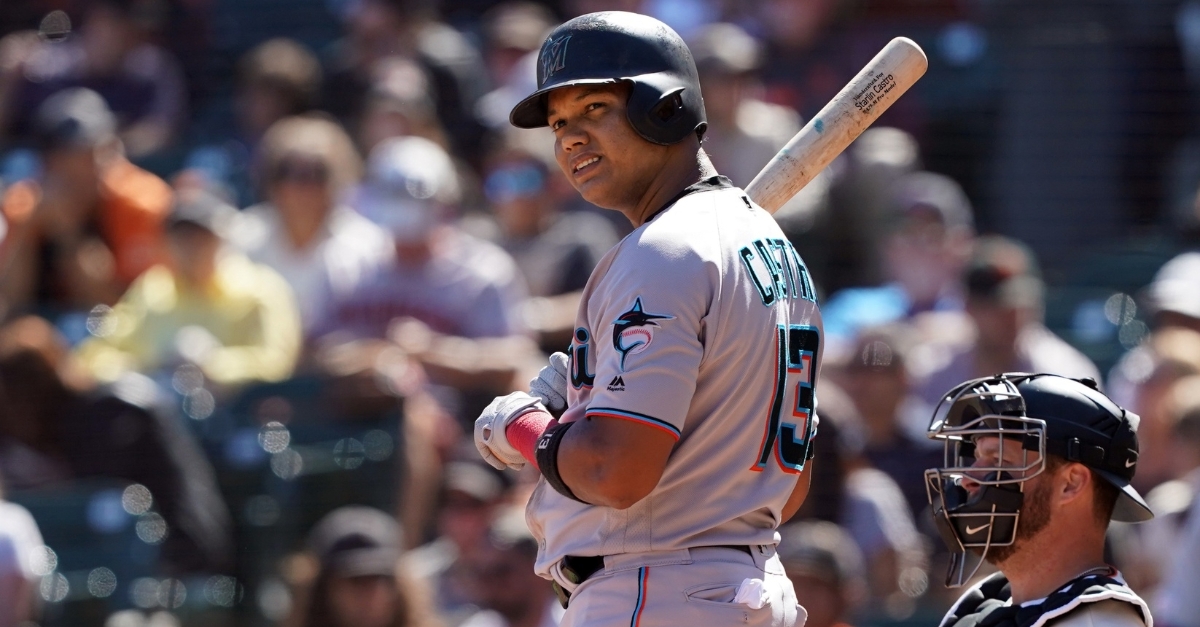 Starlin Castro: Former Cub Starlin Castro is now a member of the Washington Nationals. Castro signed yesterday, raking a two-year deal worth $12M. According to Ken Rosenthal, signing Castro marks the start of “Plan B” for the Nationals, as they prepare for the possibility that Donaldson may sign somewhere else.

The plan is for Castro to play second base in Washington, making 22-year-old second base prospect Carter Kieboom slightly more available for trade. Signing Castro has not taken the Nats out of the running for Donaldson, but they’re preparing just in case.

Free-agent infielder Starlin Castro in agreement with #Nationals, pending physical, sources tell The Athletic. Move would not take them out of Donaldson sweepstakes. Plan is for Castro to play second base.

Third base watch: According to a report from MLB Trade Rumors, Donaldson is merely waiting for one of the clubs who’ve made offers to reach his number – around $110M for four years. Three (unnamed) clubs are known to be in the running, but the Braves, Twin, and Nationals likely make up the trio. The Rangers and Dodgers are also interested.

If Donaldson gets $110M at age 34, you can believe Kris Bryant is going to get into the $325+ million range, once he hits free agency. The Cubs cannot afford this – not even in a couple of years when massive payroll falls off the books – which is why I remain convinced that they’ll deal him this winter. I’d hoped that they’d trade KB for a top-shelf star, but Theo looks to be content (and intent) on settling for prospects. Epstein recently said that his mission was to set up the next wave of Cubs – aka a new five-year window – and restocking the farm system is the way to begin doing it.

Going like hotcakes: As free agents go flying off the shelves, things remain quiet in Wrigleyville. MLB Trade Rumors has compiled a list of the ten best remaining free agents.

Not that the Cubs would want all of the above, but except for Donaldson, any of the 10 of these guys (especially Castellanos) should be affordable, but to date, nothing is shaking at 1060 W. Addison.

Meanwhile, Willy was having some fun in the sun at Disneyworld.

Nolan Arenado: Rumors have begun swirling about the possibility that the Cubs could trade for Rockies third baseman, Nolan Arenado. I say bull ****. The Cubs can barely afford the payroll that they currently have, and taking on Arenado’s salary would almost certainly seal the fate of Nicholas Castellanos and others. Arenado is currently owed an average annual value of $37,142,857 over the next six years, totaling $222,857,142?. While this would be cheaper than what KB is expected to earn in free agency, there’s just no way to afford him, unless they want to A. Go over the luxury tax for the next few years and B. say goodbye to key players like Willson Contreras, Javier Baez and others when they hit free agency. Ain’t happening.

Baseball Quotes: “That's the remarkable thing about baseball. The game has a way of having you scratch your head one minute and drive you crazy, and then the next, you're entertained beyond your wildest hopes. That's why it's the best game.” -Johnny Bench

I can see how Sandy Koufax won twenty-five games. What I don't understand is how he lost five. -Yogi Berra pic.twitter.com/IiakPwA4mW

Denied! I usually only include two baseball quotes per article, but this was too good not to throw in as a bonus. Watch as Derek Jeter completely blows off Joe Buck before the 2014 All-Star Game. Priceless.

Derek Jeter did NOT want to deal with Joe Buck before the 2014 MLB All Star Game ???? pic.twitter.com/1UjxrXdCj1

Giants: The Giants have signed righty Tyson Ross to a minor league deal.

Trevor Bauer: When asked what one the thing he’d change about baseball was, Trevor Bauer says, “The announcers.” Obviously, Bauer has never listened to Len Kasper or Jim Deshaies.

Casey Stern: "If there's one thing that you could change about the game, right now, it would be what?"

Rockies: Colorado has signed infielder Chris Owings to a minor league deal worth $1M if he’s added to the MLB roster.

Oscar Colas: Colas is a two-way player from Cuba who’s defected to the U.S., hoping to land an MLB deal. According to Jeff Passan (ESPN), “The 21-year-old Colas is an outfielder/pitcher who most recently played with the Fukuoka SoftBank Hawks in Japan, where he slashed .300/.353/.511 with 12 home runs in 295 plate appearances in 2019. As a left-handed pitcher, Colas is capable of hitting 95 mph.

Don’t expect Cubs to be a player.

They spent their bonus pool this cycle on a trio of names: Quintero, Made, Amaya.

And if Colas waits until July, Cubs are considered favorites to sign top amateur free agent Cristian Hernandez for the majority of their bonus pool allocation. https://t.co/CQmtmAbMx4

Yankees: In 2019, it seemed that at any given time at least half of the Yanks roster was on the IL. Hoping to avoid another season of hurt, the Yanks have made “sweeping changes” to their training staff.