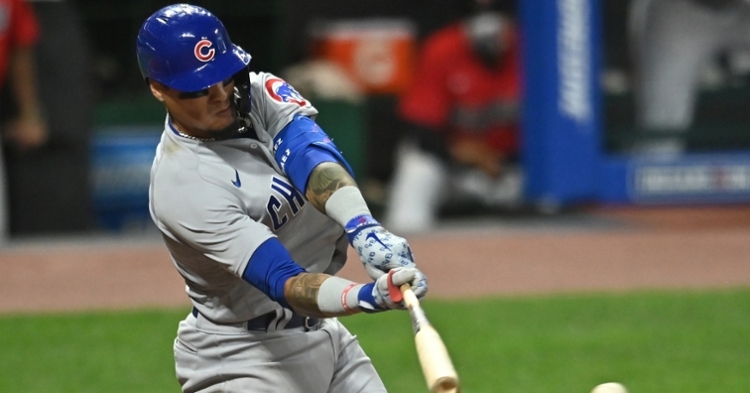 Unbelievably, the Cubs are now 11-3, and they continue to roll. The reason? Quality starts from the rotation and an offense that seems to be producing runs when they have to. For all the positives, the bullpen should have the Cubs sitting at no better than .500 at this point, yet somehow, they continue to overcome that weakness. What's interesting is that the Cubs only have a +13 run differential, meaning they score when they have to.

Where are all of those people who said that hiring David Ross was the biggest mistake Tom Ricketts and Theo Epstein could have ever made? They do seem to have fallen awfully silent these days. Ross is doing exactly what he needs to do, managing the team without over-managing it, something that Joe Maddon could not avoid doing, no matter the cost. Speaking of Joe Maddon, where do the Angels sit as of now? They hold a record of just 7-11 (.389), not precisely something you boast about, especially when you hold the names Rendon, Ohtani, and Trout on your roster.

Will the Cubs be able to continue down the stretch with the bullpen as it stands now? I can't see it, as unless the Cubs have a reasonably sizable lead, they've had trouble holding their opposition. While some relievers are starting to show some promise, the closing role (Craig Kimbrel) still seems to be quite the mess. With the Cubs making what appears to be a very legitimate run for the playoffs, you can expect to see some changes coming in the next couple of weeks.

Up to date stats you prob don't see every day.

David Ross seems to be settling nicely into his role as the Cubs' skipper, and as such, he's becoming more vocal about his players. On Monday, Ross spoke of Ian Happ and the job he's been doing.

"Right now, it's hard to take Ian Happ out of the lineup," he told Cubs.com. "He's the real deal, in my opinion. The times Happ has got to get some days off, we'll look at [Albert Almora Jr.]. We've got Al, who continues to wow on defense. But, right now, the job's Ian Happ's."

David Ross, on Ian Happ who had 3 hits in a scrimmage today and has a 1.031 OPS in the early going:

Says CF is his

To say that Happ's been raking would be an understatement. Happ entered last night's game slashing .297/.409/.622 with an OPS of 1.031, three dingers, six RBIs, seven walks, and a stolen base - all while fanning only ten times. Nearing the end of the 2018 season, Happ's strikeout rate hovered around the 40% mark; today it sits closer to 25%. Happ's defense has also improved dramatically, which may have been the deciding factor in playing him over Almora.

For as critical as I was of him, Happ's time in Iowa last year has turned his career around by a full 180 degrees. While I still haven't gone out and bought that jersey yet, I will neither confirm nor deny that I take Happ regularly in FanDuel picks (wink).

As I wrote the other day, I'm not sure where Jose Quintana will fit into the Cubs rotation once he returns from his injury. Alec Mills has been solid, as has Tyler Chatwood. The Cubs undoubtedly need additional help in the bullpen, but whether or not they would be willing to convert Quintana to a reliever is yet to be seen.

The trade deadline is now just over two weeks away. Admittedly, I did not see the tweet, But I read somewhere the other day that David Kaplan suggested that Q could go back to the Southside of Chicago under the right set of circumstances. Whether or not the White Sox are a potential suitor for a Quintana deal, one thing is sure, he'd probably have to be packaged to get a ton in return.

Now that Ian Happ has been awarded the everyday centerfield spot, one can only wonder if Albert Almora Jr. might now become part of that package deal. True, David Ross said that Almora could be used in late-inning relief, or when Happ needed a day off, but Jason Heyward could easily be shifted to center, as the Cubs still have plenty of outfield depth with Kyle Schwarber, Steve Souza Jr., and Kris Bryant.

One way or another, the Cubs need to substantially stabilize their bullpen if they have any hope of progressing deep into the postseason. Almora had hoped to get more playing time under David Ross' leadership, but ironically, it's gone in an almost opposite direction.

In just a couple of short weeks, we'll know whether or not the Cubs are serious about making a playoff run in 2020. To do so, they must make a few changes, and the only way to do that is to deal by the trade deadline.