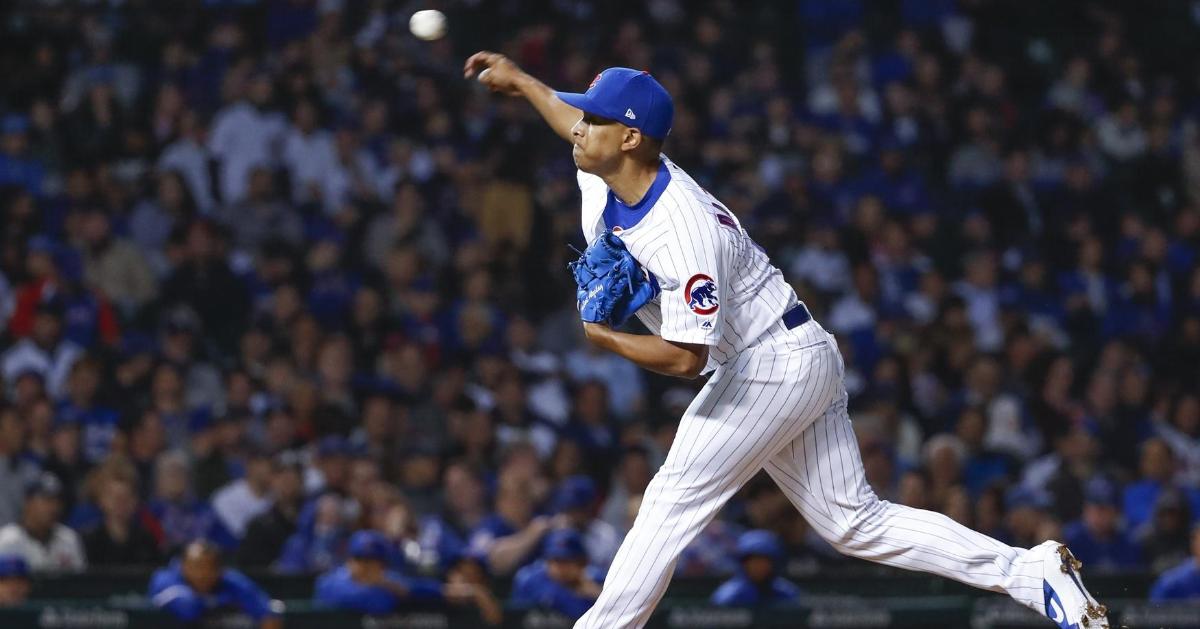 CHICAGO – The Chicago Cubs today recalled right-handed pitcher Adbert Alzolay from the club’s South Bend Alternate Site. He will serve as the “29th man” today and start the first game of the club’s doubleheader vs. the St. Louis Cardinals. Additionally, the Cubs have claimed infielder Ildemaro Vargas off waivers from the Minnesota Twins.

Alzolay, 25, has made two appearances, one start, for the Cubs this season, combining to toss six innings and allowing no earned runs on three hits with two walks and eight strikeouts. In his start, he took a no-decision in Chicago’s 4-2 win against St. Louis on August 19. He made his major league debut last season and went 1-1 with a 7.30 ERA (10 ER/12.1 IP) in four appearances (two starts) with the Cubs. He went 2-4 with a 4.41 ERA (32 ER/65.1 IP) in 15 starts with Iowa last season, recording 91 strikeouts 65.1 innings pitched while limiting foes to a .215 batting average.

Vargas, 29, is a career .255 hitter (70-for-275) with seven homers and 34 RBI in 136 major league games covering the last four seasons with the Arizona Diamondbacks (2017-20) and Twins (2020). The switch-hitter has split the 2020 campaign between the Diamondbacks and Twins, combining to bat .190 (8-for-42) with one double, one triple and two RBI in 18 games between the stops. Vargas was acquired by the Twins on August 11 and designated for assignment on September 2.

Vargas has yet to report to the major league club. Additionally, the Cubs have released right-handed pitcher Jharel Cotton, a non-40-man player assigned to the club’s South Bend Alternate Site. Chicago’s 60-man Player Pool roster stands at 59 players, with 28 active players on the major league roster (plus three 10-day injured list players) in Chicago plus Vargas and 27 players in South Bend. The club’s 40-man roster now stands at 40 players.

- Claimed INF Ildemaro Vargas off waivers from the Twins