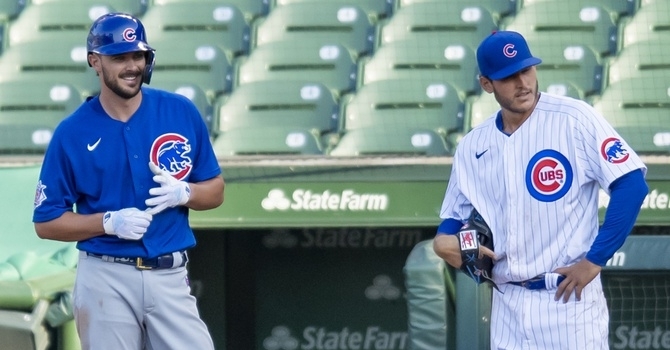 The coronavirus is nothing to mess with. We all know that by know as this global pandemic has derailed the majority of 2020 for the world from both a health and economic standpoint.

The business of baseball and the landscape that surrounds it is no different. An environment that takes over the sports world in spring and holds on to it until early November didn’t get a chance to start. The very dangerous virus pushed back the start of baseball, and the ugly labor negations between the league and the players’ union about finances delayed the beginning of the season even further.

While the virus is very much still an obstacle, baseball’s plan for a successful 2020 season depends on the impact the virus has on the league.

It was known that the virus was going to affect some individuals, especially upon the first set of tests. There was also the knowledge that multiple players would opt-out of the season to protect themselves or their families from COVID-19.

Aside from that, for the season to go according to plan and last multiple months, there is a certain level of dedication and commitment from these players that need to be matched and sustained for the season. No high fives after an excellent play in the field, no handshakes before the game starts, no spitting or licking fingers, no celebrations after home runs, and the list goes on and on. Not to mention, these players are required to maintain not only their distance from their teammates but also the surrounding world. Gone are the days of shots in the clubhouse after a win and showering in the clubhouse after a game. Maybe Rizzo is in a slump and wants to get a drink? He’ll walk no further than his hotel room bar. If he blatantly disregarded the regulations and got exposed, there would not only be a level of betrayal to the organization for not following the rules and taking the virus as serious — but also a possibility that the Cubs could suffer a breakout of the virus and all of a sudden the season is in shambles (more than it already is).

But there’s a mental toll this takes on the players. The grind of 60 games in less than 70 days where all games matter almost three times as much as any game in the past. The mental effects of self-isolation and separation from family, friends, and even distance between coaches and teammates. Take Rizzo for example, if everything is followed as expected the closest he will be to another person over the next three months is when he is batting, and the catcher is right behind him, or when he is playing first base, and there is a runner on first.

Bottom line is, executing this season will not be easy — especially with all of the restrictions. Navigating the choppy waters of players testing positive for COVID-19 has been a challenge thus far and will continue to be, with Aroldis Chapman of the Yankees being the latest to the list of those who have contracted the virus.

The level of commitment required this year is more than any other season, even though this year is almost two thirds shorter. Players have been opting out for various reasons, but thus far, the Cubs are in a rare position.

The Cubs are the only team without a player who has tested positive for COVID-19 — with only two tier-1 employees who had contracted and beaten the virus.

Pitching coach Tommy Hottovy spoke candidly and got emotional about his fight through the virus, and he hopes his experience will continue to drive his team to take precautions and follow rules.

In addition, not a single player has chosen to opt-out of this season. So this far, the Cubs are all-in and all healthy.

Hope and pray that continues, but it’s all about expecting, preparing, and managing even when things go wrong. After playing in game 7 of the World Series, David Ross and co. should know all about it.