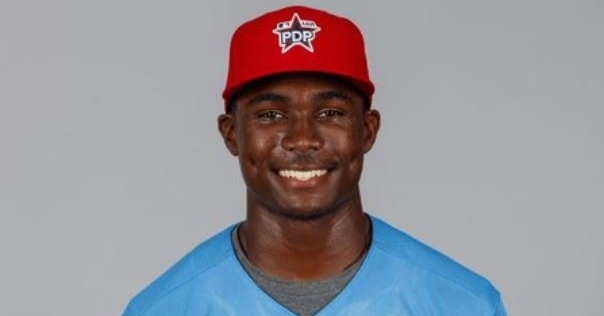 The right-handed hitting Howard played in the 2019 Under Armour All-America Game at Wrigley Field, and last year was a member of Team USA’s 18-under club.

Howard was the starting shortstop on the 2014 Jackie Robinson West Little League Team that advanced to the finals of the Little League World Series.

The six-foot, two-inch, 185-pound Howard becomes the first Illinois high school position player to be selected in the first round of the MLB draft since Jayson Werth in 1997. Howard has committed to the University of Oklahoma.

With the 16th pick in the 2020 MLB draft, the Cubs select high school shortstop Ed Howard from Chicago, Illinois.

Oh my gosh. The Cubs take Ed Howard, the local shortstop from Mount Carmel linked to the White Sox. I love this pick. I love a hometown kid staying in Chicago. This is good for the organization and GREAT for the city. An African-American prospect with special skills, character.

One of our own, @ehowardIV goes No. 16 overall to the @Cubs. pic.twitter.com/1PmVSs28x3

Cubs got a special talent in Ed Howard. He went through the White Sox ACE program. Wish the White Sox got him. But he's a Chicago kid getting drafted by a Chicago team. Good for him, and the Cubs.

The Chicago kid is staying home—the Cubs make @ehowardIV the 16th overall pick in the MLB Draft. He grew up a White Sox fan, but I think he’s okay switching allegiances now.
Check out the reaction. @WGNNews pic.twitter.com/lt8ApqkwZm

Congrats to RBI alum @ehowardIV on being drafted No. 16 overall by the @Cubs! #MLBDraft pic.twitter.com/vPwnTvDLpc

Drafted in the first round by the @Cubs. @ehowardIV is living a dream. #MLBDraft pic.twitter.com/SwMJ8Umg3q

.@TimAnderson7 has been a mentor to Ed Howard. What does TA think about him being drafted by the Cubs?

“It’s all love. He’ll be a piece that’s needed in Chicago to inspire as well.”

It’s possible the Cubs starting shortstops at 7 levels next year look like this.

Congratulations Ed Howard, 16th Pick in the first round by the Chicago Cubs! We are incredibly happy for Ed and the entire Howard family! #WeAreMC. #StayinginChicago pic.twitter.com/ylSLjiOC2O