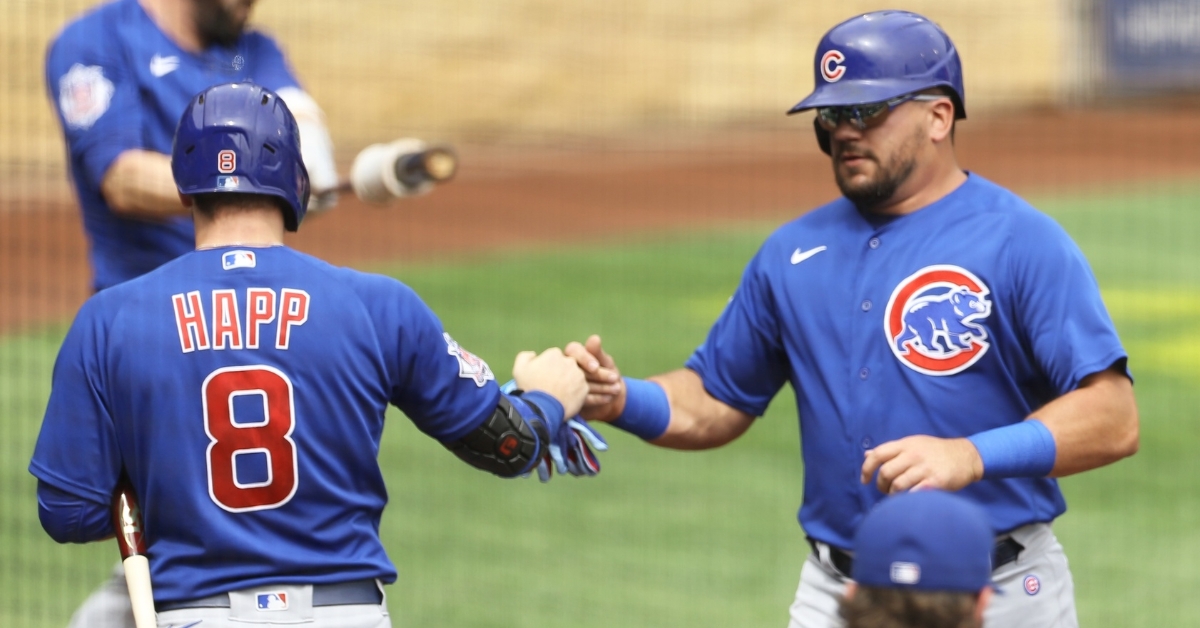 It's the first week of September! That statement means one of two things: Labor Day is here, which means summer is unofficially officially over, and this is the last month of the 2020 regular season.

For the Cubs, that means that we have entered the stretch run of the season, where the core tries to make it five postseason trips in six years — and potentially try and grab that coveted World Series in one of the most bizarre seasons ever.

The rest of the league is doing the same. Knock on wood; there have been no outbreaks within clubhouses since the Cardinals returned to action. Injuries, especially for pitchers, are occurring at high rates, but the large rosters are built to handle injuries — what damages the schedule is the postponement of games, which has been kept to a minimum as of late.

The standings, seeding, and award winners are starting to come into the forefront of the league's minds, and the Cubs are in the thick of most of those conversations. Teams are growing accustomed to their new trade acquisitions, and the playoffs are growing near.

We are now, for most teams, more than 2/3 done with this season. So let's take a look at the NL Central.

The Cubs have been one of the more bizarre stories in the league this season. After a scorching hot start to the season at 13-3, the Cubs have cooled off and gone 11-15 in their last 26 games. Overall, the record is still good enough for a fairly comfortable lead in the division and playoff chances north of 95% for the Cubs to make the crack the eight-team group that plays October baseball this season. The Cubs have been average for the last month or so, but have had an MVP candidate and a CY Young candidate keeping them in the race. Ian Happ leads the entire MLB in OPS and has been a significant run producer for the Cubs.

With a double and 3 walks, MLB's top OPS guy extends his lead. Not Trout or Betts or Tatis

As for the pitching side of things, Yu Darvish has continued his strong finish from 2019 with a 7-1 record, a 1.44 ERA, and is the National League's innings leader. Anthony Rizzo, Kris Bryant, Javier Baez, Kyle Schwarber, and Willson Contreras have had their struggles — as not one of those players are batting .240 or higher.

With these batting averages by their core players, it's pretty amazing the Cubs are in first place. Thank goodness for Ian Happ and Yu Darvish!
Contreras .238
Schwarber .229
Rizzo .222
Baez .195
Bryant .173

It was wrong of me to call the Cubs one of the most bizarre stories when a team that had a 17-day layoff due to a Covid-19 outbreak in their clubhouse and is now attempting to finish 55 games in 44 days sits right behind them in the standings. The Cardinals have hovered around .500 for the majority of the season, currently good enough for second place and impressive considering the number of doubleheaders the Cardinals have had to play. The Cardinals boast one of the best young pitchers in the league in Jack Flaherty and have the major league leader in on-base percentage, Paul Goldschmidt anchoring the lineup. This past week the Cardinals took two of three from the Reds, one of the three games included a 16-2 victory. The Cardinals then took three of five over the Cubs from Thursday-Monday. They trail the Cubs by 2.5 games in the standings. The Cardinals have their last off-day of the year Wednesday. Tuesday, the Cardinals play a doubleheader against the Twins and then another on Thursday against the Tigers before hosting the Reds for three over the weekend.

Milwaukee continues to hang around in the division standings, but have yet to truly click on all cylinders this year. Keston Hiura has been a stabilizing force in the lineup for the crew, as he has 11 homers and 25 runs driven in this year. As for their perennial MVP candidate Christian Yelich, a .201 batting average and a .2 WAR is not the type of production the Brewers expected or need from their star to be great this year. The bullpen has been solid, and Josh Hader is putting on a clinic at the back end, as he has yet to give up a hit this year. The Brewers sit below .500 but are within striking distance of a Wild Card spot, and this upcoming week could be pivotal for them. This week the Brewers split two games with Detroit and then one just one of three against the Indians. This week, the Brewers play the Tigers again for two games before heading to Wrigley to take on the Cubs for a three-game series.

As we have expressed in almost every update so far, the Reds have been wildly disappointing this year. Nick Castellanos and Eugenio Suarez have anchored the Reds lineup, who each have 12 home runs and 27 RBIs. Jesse Winker is also having a solid season, with ten homers and a .293 average this year. On the pitching side of things, the Reds have been fantastic. The trio of Sonny Gray, Trevor Bauer, and Luis Castillo has been the saving grace of this team, keeping them within an arm's length of a playoff position. Last week, the Reds lost two of three against the Cardinals and then split a four-game series with the Pirates over the weekend. This week, the Reds head to Chicago for three games, and then to St. Louis for another three. This week's stretch could be wildly crucial for the Reds to rewrite their story this season.

Hate to repeat myself as I did with the Reds, but the fact of the matter is the Pirates were not expected to be good, and they certainly have not been. Not only do they have the worst record in the NL Central, but they also have the worst record in the MLB. There have not been many bright spots for the Pirates, but the Bucs hope the season to end quickly so their rebuild can continue. This past week, the Pirates dropped two of three to the Cubs. Over the weekend, the Reds and the Pirates split two and two over a four-game set. This week, the Pirates host the White Sox for two games and then head to Kansas City to take on the Royals for three games.

And as these teams will only be facing themselves and the highly competitive AL Central, let's take a look at what is arguably the league's best division.