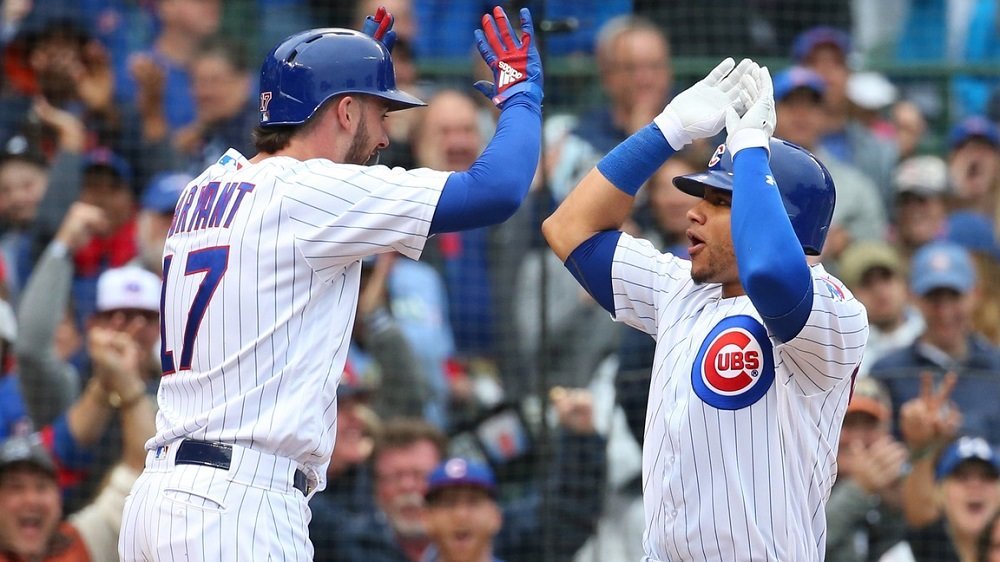 Despite going 108 years between World Series wins and being known as the lovable losers, the Cubs have been one if not the most popular franchise in the MLB, and that doesn't appear to be changing anytime soon. Even as the losses piled up for years, the constant tinkering and rebuilds, and despite all the coaching changes, the Cubs continue to see excellent fan support.

With the bad comes the good, and the Cubs have given fans lots of good moments, especially over the last five seasons in which the saw postseason action four times. Add that to their success in the early stages of the 2000s, and you will see a time that made seven postseason appearances since the start of the 2000 season. This story is more for fun than anything, as I will be handing out the top seven rankings of the postseason teams for the Cubs.

#7. 2018 (95-68 record): Despite a team that was leading not only the N.L. Central, but led the National League most of the season, the 2018 Cubs fell flat on their face during the final two weeks of the season before ultimately losing game 163 to the Brewers for the Division. That downward spiral continued two nights later when the Colorado Rockies came into Wrigley and knocked off the Cubs in the Wild Card game ending the season for Chicago.

It was a great year for players like Jon Lester, Javy Baez, Anthony Rizzo, Kyle Hendricks, and Cole Hamels as they played huge roles in the Cubs' overall success that season. An early-season injury to Yu Darvish hurt the rotation much of the season, while Kris Bryant dealt with nagging shoulder injuries that he was never able to recover from. This could go down as the most disappointing team of the last four years given the position they were in at the beginning of Sept.

#6. 2007 (85-77 record): The next team on our list is from 2007 as this was a special season for the Cubs. Still reeling from a postseason let down four years prior, the Cubs needed a change at manager, so they decided to bring in former Tampa Bay Rays manager Lou Piniella. What looked to be a great hire during the offseason didn't start off so well as the Cubs struggled to get going out of the gate hovering around .500 much of the first three seasons.

It wasn't until Michael Barrett punched A.J. Pierzynski during the Cubs Crosstown series with the White Sox, and a Carlos Zambrano blowup in the dugout that got the Cubs going as they became one of the hottest teams the final two months of the season. That all started with a little bit of luck as Matt Murton trotted home on a wild pitch against the Phillies on July 29th that gave the Cubs their first glimpse of first place as they held onto that for much of the final 50 games.

Led by Zambrano and Ted Lilly in the rotation, the Cubs were fortunate enough to make the playoffs that season as the rest of the Central was having a down year. It was in this season when we got to see the bright future of Rich Hill in the rotation, Aramis Ramirez continuing to hit, Derrek Lee playing his typical way, and other offseason acquisitions such as Alfonso Soriano and Mark DeRosa providing the Cubs with a look that no one saw coming.

5. 2008 (96-66 record): Coming off their surprising postseason appearance the year before, all eyes were on the Cubs in 2008 as they were suddenly the favorites in the N.L. Central. How could they not be given the roster they put together as they went out to acquire Kosuke Fukudome in the offseason to play right field, had rookie sensation Geovanni Soto at catcher, Lee and Ramirez at the corners, Ryan Theriot at S.S., super-utility Man DeRosa and Soriano batting leadoff providing the Cubs offense some instant spark.

The pitching rotation saw Zambrano and Lilly once again leading the way, but former closer Ryan Dempster moved back to the rotation in which he became the Cubs immediate ace. Replacing Dempster in the pen was former KID K himself Kerry Wood as his days as a starter were over as he was now the closer pairing him with Carlos Marmol and Sean Marshall in the late innings.

If that wasn't enough, an early-season acquisition of Jim Edmonds added some more pop to the lineup, along with a July deadline acquisition of Rich Harden in the rotation simply made the Cubs one of the teams to beat in all of baseball. For the most part, that is true as the Cubs were in first most of the season and continued to build their lead as the season went on. The only problem was the ghost of Steve Bartman was still present as the Cubs went on to get swept by the Dodgers, which sent their postseason losing streak to nine straight games.

4. 2017 (92-70 record): Entering 2017, the Cubs were no longer the lovable losers as they were coming off their first world series title in 108 years. Along with that, the MLB had started to talk dynasty regarding Chicago as they appeared to have all the pieces in place to become just that. That was far from the truth, as the Cubs struggled mightily out of the gates, even finding themselves under the 500 mark at the all-star break.

A large part of their struggles came from the team's lackluster effort during the offseason in which they lost more than they gained. They traded Jorge Soler to the Royals for Wade Davis, lost Jason Hammel to the Royals and replaced him with Brett Anderson, who was hurt after six starts, lost significant arms in the pen, David Ross retired, and Miguel Montero was cut mid-season. Not to mention you saw both Jake Arrieta and Lester regress as the season went on, and it was a miracle the Cubs were able to get off the mat that year.

After watching the Brewers control the Central the first half of the season, the Cubs went the trade market once again to acquire Jose Quintana from the White Sox to help round out the rotation. While that trade was a good move, it did cost the Cubs a pretty penny as they lost Eloy Jimenez and Dylan Cease as part of that deal. That appeared to be the jumpstart that they Cubs needed as they were an NL best 24 games above 500 following the all-star break, which in return landed them in the postseason once again.

Once there, it was anything, but smooth sailing for Chicago as the Cubs met up with a feisty Washington National squad and their two-headed monster on top of the rotation in the divisional round which saw the teams go five games before the Cubs ousted them in game five in extras landing them in the NLCS for a third straight year. The Dodgers were waiting for them as they made quick work of the Cubs, disposing of them in five games.

Part two of this installment is coming soon.