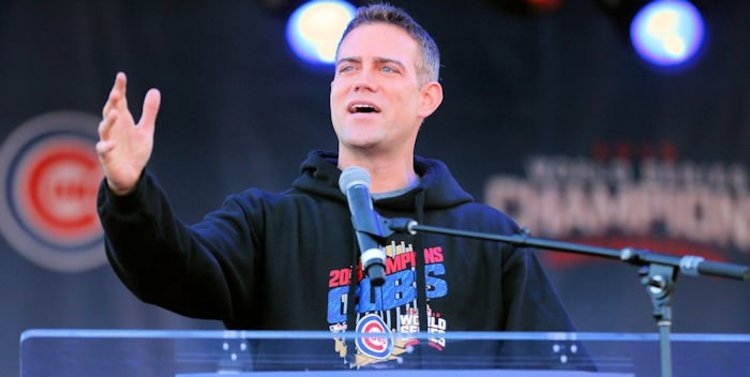 In 2011, Theo Epstein was brought to Chicago in an attempt to bring the Cubs their first World Series in 103 years (at the time) and instituted his plan.

The “plan” was a planned few years of being bad on purpose before years of sustained success.

The point of being bad on purpose was to stock up on both prospects and draft picks. Then ultimately strategically develop those players into future stars and use some to trade for win-now acquisitions.

The plan finally turns from bad to good when there is a common belief that winning is possible, usually cemented by a significant acquisition.

For example, following the 2014 season where the Cubs lost 89 games - they brought in Joe Maddon to steer the ship, and Jon Lester decided to come aboard.

In that 2015 season alone, Javier Baez emerged while Kris Bryant, Addison Russell, and Kyle Schwarber all made their debits and found success at the same time.

The 2016 year saw Albert Almora Jr. and Willson Contreras join the youngsters along with some of the win-now acquisitions I mentioned earlier. Gleybar Torres was traded for Aroldis Chapman, the closer who nailed down the NLDS, NLCS, and a few games in the World Series. Dan Vogelbach was traded to the Mariners for Mike Montgomery, the guy who secured the final out of the 2016 World Series. After that year, Jorge Soler was traded for Wade Davis and later that year saw Eloy Jimenez and Dylan Cease flipped for Jose Quintana.

Some of those players are stars, all four hitters mentioned hit 30 plus home runs in 2019, and one of them, Jorge Soler, led the American League in dingers.

Point is: this plan works.

Baseball is a copycat league, which was the 2017 Astros’ plan come to fruition with young talent adding up to success after struggling to win for years. Now, the Cubs and Astros are among the powerhouses of baseball over the past few years - as the Astors have a chance to win their second World Series in three years.

Not to mention, the team across town is loaded with young talent. The White Sox seem to be at the crossroads the Cubs were at following 2014. One year under Rick Renteria gone-by, young players like Yoan Moncada, Tim Anderson, and Eloy Jimenez ready to break out while more await in the minors to contribute at the big-league level. It seems as if all the White Sox need is that major acquisition to set the tone.

The San Diego Padres are another team ready to win. After years of struggle, the Padres, who are led by Fernando Tatis Jr., among other youngsters who are awaiting the voice to lead them to success (is it Joe Maddon?), seem primed for success in the future.

The Texas Rangers and Toronto Blue Jays are some other teams going through the process, the Pirates and Giants about to begin it, while the Yankees and Reds have displayed a way to accelerate the plan (which is what the Cubs will look to do over the offseason).

When watching the 2019 postseason, look no further than the team who you are rooting for - yep, that’s right, the team playing the Cardinals.

After a couple of years of struggle, the Braves loaded up on young prospects like Ronald Acuna Jr., Ozzie Albies, Max Fried, Mike Soroka, and Dansby Swanson and are employing all of them in their efforts to win-now.

To prove the plan works, root for the Braves this year, just like you have been because they are playing the Cardinals.

The plan works, even in this copy cat league - but never forget that Theo Epstein is the mastermind behind it all.