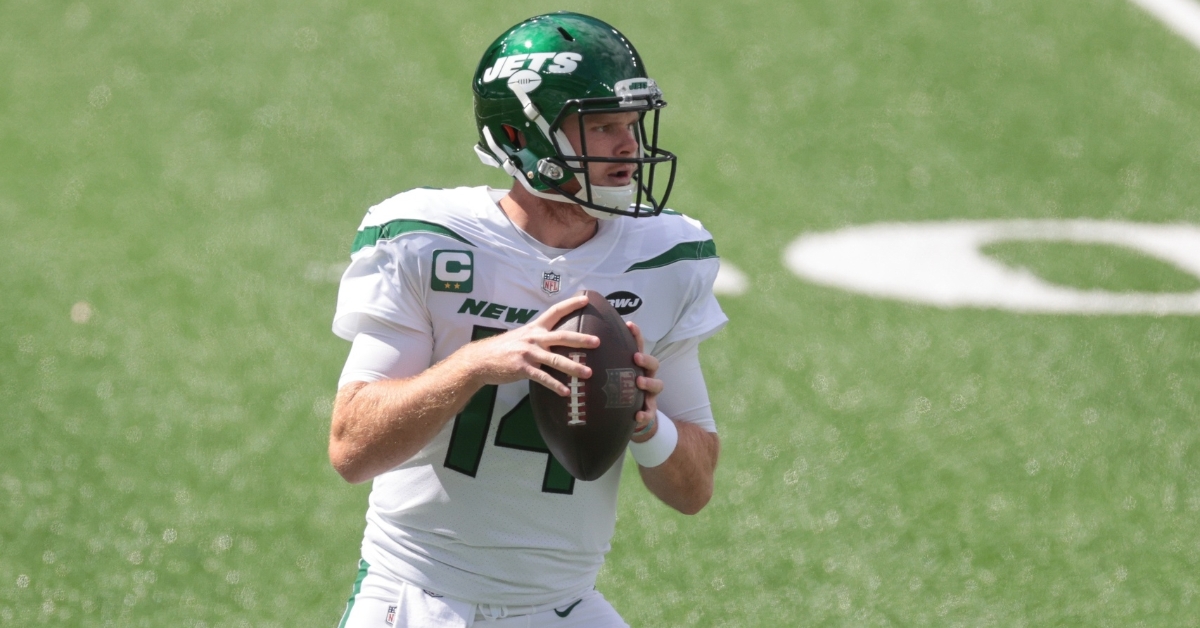 The Bears quarterback situation has been one of the biggest topics all offseason, and it hasn't been easier this year. Upon declining Mitch Trubisky's fifth-year option, the Bears then traded for Nick Foles, leading fans to believe Mitch was on his way out. Then, Matt Nagy announced that Trubisky earned the starting job out of camp, which came as a huge surprise.

Not even three weeks into the season, the Trubisky era in Chicago may be over as he was benched in favor of Foles, who now has been awarded the starting job until further notice. Even with Foles picking up another come from behind win on Thursday, Chicago's quarterback situation is still in question, especially when you look beyond this season.

Right now, I think it would be safe to assume that it will be either Foles or Trubisky leading the team this season as Chicago is off to a 4-1 start. The question then becomes what happens to that position should the Bears make the postseason again. Ideally, the Bears would love to commit to Foles or Trubisky long term, but quite honestly, neither one of them is equipped enough to lead this team to the promise land.

That shifts the focus to free agency or the draft next offseason. In terms of the draft, unless they trade to acquire picks, it is highly unlikely the Bears land high enough to take a new quarterback. Considering the Trubisky move a few years ago, would they trust redrafting a quarterback. In terms of free agency, the Bears are tight on funds, and we have seen the asking price for quarterbacks. Unless they go and get an Andy Dalton or someone not asking for a ton of money, the Bears may not be able to swing a deal.

The final possibility is starting to become the most likely, and that would be the trade market. We saw tons of names circling the Bears during the offseason, and now another quarterback name is starting to pop up in Bears discussions which is New York Jets quarterback Sam Darnold.

New York is off to a horrible 0-5 start, and their franchise quarterback is currently sidelined with an AC joint injury. With Joe Flacco in under center, things are sure to get worse before they get better. Depending on how bad things get, the Jets may be in a position to go after Trevor Lawrence leaving the former first-round pick the odd man out in New York. If that is the case, the Jets may be open to trading him, but what would the return look like.

Darnold was the No. 3 overall pick of the 2018 draft and came with a lot of hype. The youngest of the quarterbacks in that class, most experts felt he was the most NFL ready quarterback in that class. Despite his team not having the greatest of seasons since he arrived, Darnold has shown the ability to become a franchise quarterback if he is healthy and has weapons.

Health has undoubtedly been an issue as he missed six games with Mono last season and is now missing time with a shoulder injury. Last season, the Jets started the year 0-6 until Darnold returned and finished 7-3 once he returned, so the potential is there. Unless the Jets can get precisely what they are looking for, it doesn't seem likely they will deal the former first-round pick, but it is not out of the question.

One scenario would include a quarterback-needy team out of position to get one of the top players next season. That is where the Bears come into play. Right now, the Bears appear set with their two quarterbacks this season. However, beyond this season is where the question marks come in, and Chicago may want a younger passer to build around. The Bears don't have a long-term solution at that position, and they will be linked to almost every available quarterback on the market.

Darnold is still just 23 years of age, so he has a long future in front of him. Given the right parts, he is someone who I think can be decent quarterback for the next decade. Through three seasons, however, Darnold's numbers have not been great. He has completed less than 60% of his passes with a QBR under 80. He does have 39 TDS, but his 32 interceptions is a concern. A lot of that has to do with the Jets and their lack of an offense, but Darnold needs to play better.

The Bears have a better defense and they have a better supporting cast on offense, which could do a lot in Darnold's development. He is a more decent option than some options out there, and given his age, he could be the answer long term. Right now, this is all just rumors, but don't be shocked to see the Bears linked to him for quite some time.