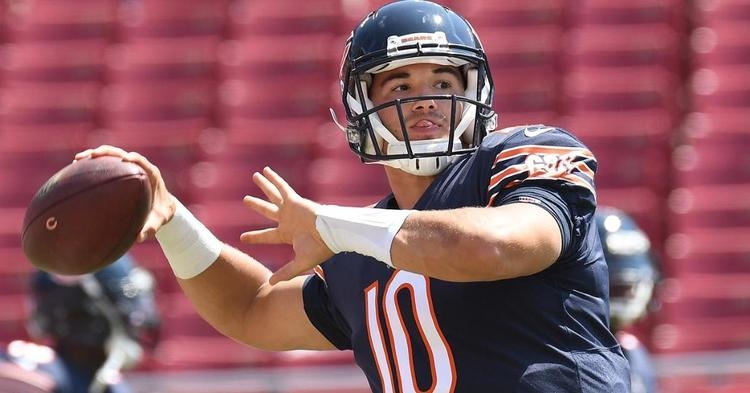 To say the Bears are in a rut is an understatement as they fell back to .500 following their home loss to the Saints on Sunday. The 36-25 final score doesn’t show the telling tale as the Bears were dominated from the first possession of the game.

An opening drive safety, Terrible defense, and an offense that can’t seem to find their football all spelled trouble against a team that some feel are the best in the NFC. The Bears now find themselves three games behind the Packers and two games back of Minnesota in the Division as things need to change in a hurry for Chicago. Here are three takeaways I took from the loss on Sunday.

1. QB problems in the Windy City: The Bear were criticized publicly for drafting Mitchell Trubisky three years ago, and now they may be in trouble at the quarterback position. Hoping he could become the franchise quarterback they have been lacking, Trubisky has not elevated his game to that level but has been fortunate enough to have the defense bail him out on many occasions.

This season that is not the case as even the Bears normally stout defense has been unable to cover up his poor play. Even though his stat line was not terrible on Sunday, most of his numbers came in garbage time when the Saints had things well in hand. Does that bring the question as to whether the Bears will look to trade for a QB?

Although that is a valid question, I don’t see that happening this season as Chicago still has a chance in the division. With both the Vikings and Packers about to see some tough opponents, the Bears still control their destiny as all they need to do is win games to stay in contention. Should this team continue to fade in the standings for the rest of the season, I would not be shocked at all for the Bears to entertain some trade ideas next offseason to try and better that position.

2. Will the Bears ever find their running game? This is starting to become a broken record at this point in the season as the Bears simply cannot find the magic touch on offense. With every passing week, the Bears rushing attack has become more and more bleak as they continue to fall near the bottom of the league in most offensive categories.

Sunday, the bottom completely fell out as the Bears were held to just 17 yards on the ground with Tarik Cohen leading the way with 10 yards. Put that in perspective, Saints third-string QB Taysom Hill outran the entire Bears organization as he tallied 21 of his teams 151 Yards on the ground. It was the lack of production on the ground that had the Bears down by 20 early in the fourth quarter and the main reason they were held to just 120 yards of offense through three quarters.

If the Bears continue to struggle to rush the football, wins will be hard to come as Trubisky simply is not good enough to put the team on his back. The Bears have a lot of soul searching to do as it is starting to look less likely that this team is even a playoff contender, let alone Super Bowl contender.

Last season a fluke?: Unlike most sports, Football is truly the only sport where a team can go from first to last and vice versa in the course of an offseason. The Bears were one of those teams last year as they finished last in 2017 before climbing all the way to first a season ago.

Many expected them to take another step forward in 2019, but it now seems as if the Bears may be heading toward a third-place or worse, even last-place finish in 2019. Whether the constant injuries are to blame early remains to be seen, but one thing stands out with every passing week.

This team is not the same team it was a season ago on either side of the ball. Whether new coaches putting in new systems, the league figuring Chicago out, or just the Bears' inability to adjust to their success last season, Chicago is proving that last year's incredible run may have been a fluke in terms of that type of success. I certainly hope that is not the case as this team has invested so much money and talent on defense that I would hate for it to go to waste soon.