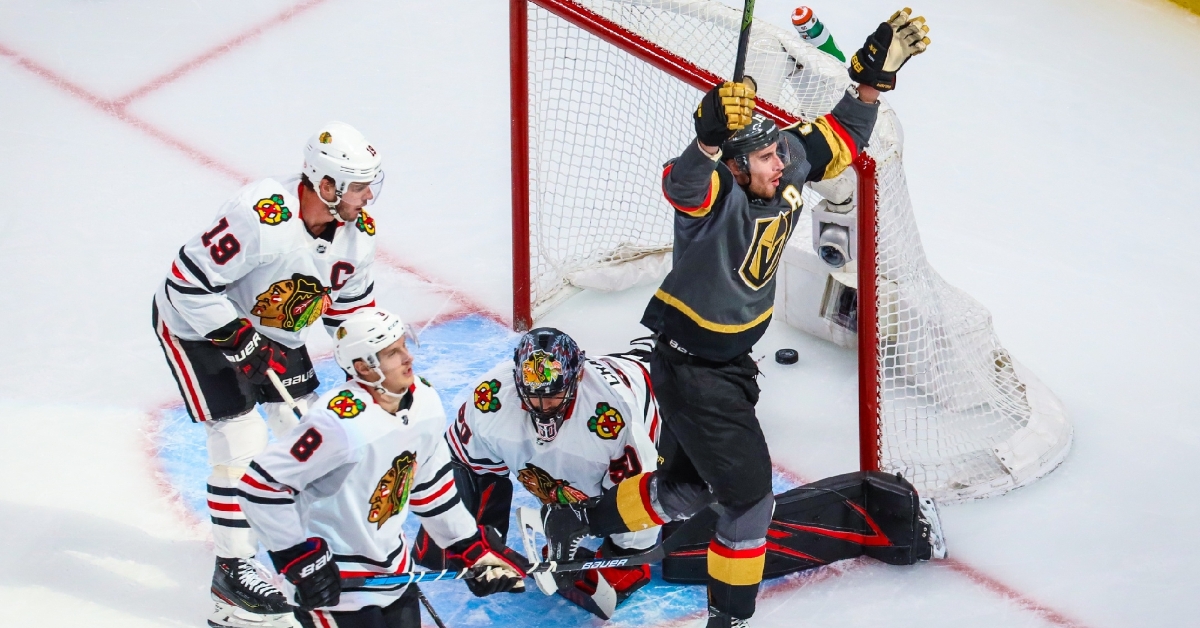 For the Blackhawks, game two of their postseason series was just another game as that was the mindset, they wanted to bring with them. With this being a best of seven instead of best of five, a loss in game two presented an uphill challenge, but it wouldn't be the end-all at that point.

After a sluggish first period, the Blackhawks erupted for three goals in the second period to help make things interesting only to have the game head to overtime. It was in the extra period of hockey where Reilly Smith ripped the hearts out of the Blackhawk fans as his game-winner gave Vegas a 4-3 OT win and 2-0 lead in the series.

All postseason long, Corey Crawford has been tested as the Blackhawks defense has not been able to slow down their opposition. Once again, that was the case as Crawford was tested with 39 more shots stopping 35 of them in the process. It may have taken a little bit for teams to get rolling in the first, but once Vegas got their spacing situated, the goals began to follow.

With the first period behind them, Chicago had a chance to regroup, and boy did they ever as Robin Lehner was in trouble early. Not even four minutes into the second, Chicago was able to cut the deficit in half when Kirby Dach notched his first postseason goal with Patrick Kane and Calvin De Haan in on the assist. Kane was part of the action all night as he led the way with three assists playing a role in each Chicago goal.

Still down by one, but now controlling the tempo on the ice, Jonathan Toews and Kane began to lead another offensive charge into the ice's Vegas side. Looking for the equalizer, Dominik Kubalik smacked home a power-play goal bringing things even once again 2-2. Kubalik has been on a mission all postseason, as this was his fourth.

Not to be outdone, Vegas was able to recover as their offense continues to be one of the best remaining units in the postseason. With most of the attention on Jonathan Marchessault, teams tend to forget about Mark Stone, who was given enough space to put home his third goal and gave the Golden Knights a 3-2 lead late in the second. With time winding down in the second, Chicago had one last scoring chance and made good on it with Dylan Strome putting home with 14 seconds left tying things up 3-3 heading into the third.

With one period to go, both teams had their chances to bust through to take the lead, but to no avail, as Crawford and Lehner stood tall, sending the game to OT. No stranger to OT, Chicago was looking to pick up their second OT win of the postseason and even the series. Unfortunately for Chicago, thoughts of that went out the window just seven minutes in as Smith struck for his third goal of the postseason lifting the Golden Knights 4-3 to take a 2-0 series lead.

MVP: Despite coming up with a goal in this one, Kane was undoubtedly the star of the game for Chicago as he was in the middle of all the action. He possessed some of the craftier assists, but he recorded an assist in all three goals. He has continued to be one of the catalysts for the Blackhawks offense, as scoring has not been a problem thus far.