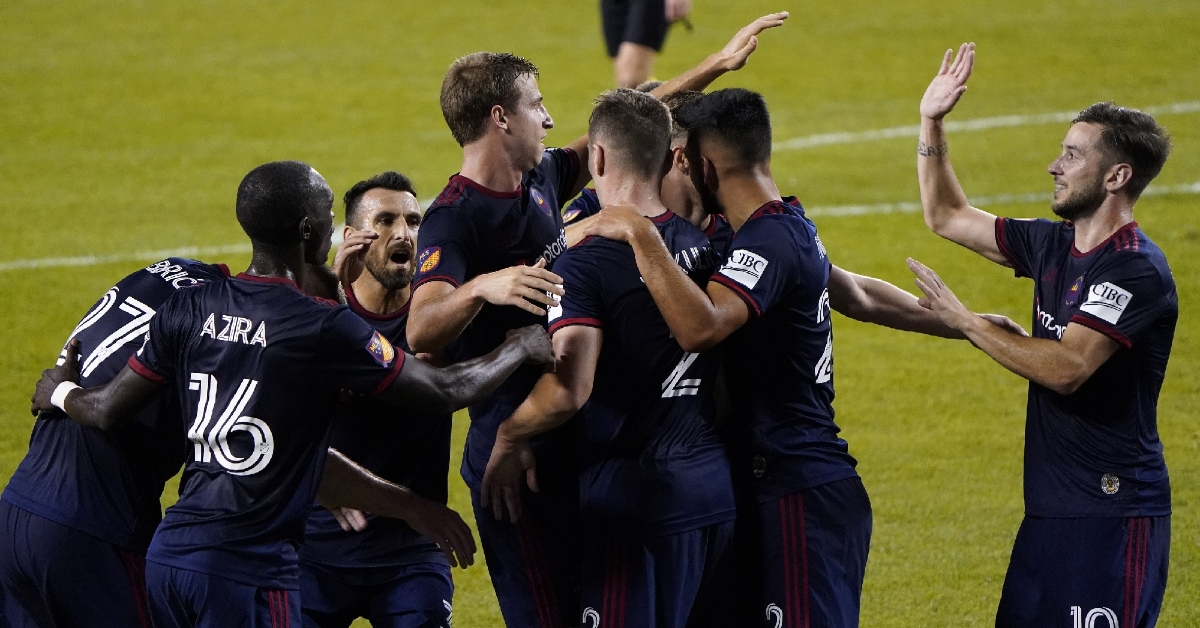 Those of you who think the Chicago Fire have had a rough year could be worse. You could be D.C. United, who currently sits in last place in the Eastern Conference and just fired Ben Olsen after enduring a four-game skid. Heading into their match yesterday, the Fire were on the outside looking in for the playoffs, but a win would catapult them right back in the mix.

Once again, the Fire benefitted from some fast-early offense and let Bobby Shuttleworth take care of the rest as the Fire hand D.C. United their fifth straight loss 2-1. The win moves the Fire back into the playoff picture as they are now the ninth seed.

For any postseason team, there are certain games that you must win. For the Fire, this was precisely one of those games, and despite a little bit of drama, they were able to take care of business for the win. The best way to get a reeling team to panic is to score early, which is precisely what the Fire did. Not even three minutes into the match, Alvaro Medran set things up with a beautiful cross into the penalty area. C.J. Sapong was on the receiving end of the pass and blasted the right-footed shot home for the quick 1-0 lead.

D.C. United didn't let that early goal faze them, as they played well in the early going with both Russell Canouse and Gelmin Rivas getting some great looks at goal only to have Shuttleworth make the saves. After both Julian Gressel and Erik Sorga missed some attempts around the 30-minute mark, the Fire needed to clamp down on defense as they were giving United too many good looks.

Even with a 1-0 lead in hand, D.C. was the better team early on, which was a concern for the Fire. With the fast half winding down and now in extra time, Boris Sekulic came to the rescue as his header from close range doubled the Fire lead 2-0 heading into the break. Medran was credited with his second assist as he had a big night.

Now with a two-goal lead, the Fire could get back to doing what they do best with all the pressure falling on D.C. That didn't seem to bother them as Junior Moreno, and Joseph Mora continued to get some decent looks on goal, but to no avail. Then in the 56th minute, D.C. caught a break as Jonathan Borstein allowed an own goal, and suddenly it was a 2-1 game.

Still down, D.C. continued to pace the tempo with Ola Kamara, now taking over and getting a couple of serious attempts on frame. His shot in the 68th minute came inches from tying things as it rattled off the bar to prevent further damage. Across the next several minutes, D.C. United seemed to live in the Fire's backline as they pestered Shuttleworth in goal. Like he has done much of the time starting, Shuttleworth stood tall, keeping his team in front 2-1.

Looking for some insurance goals, the Fire got their second-half chance in the 78th minute from the right foot of Elliott Collier. Unfortunately, Collier couldn't find pay dirt and narrowly missed the top right corner. Donovan Pines managed to get another great look for United in the 83rd minute only to come up short, and the Fire were able to hold on for a much needed 2-1 win.

Sekulic's goal proved to be the game-winner, with Sapong picking up another goal and Medran earning a pair of assists. Shuttleworth was a busy man in goal, picking up six saves in the win as the Fire pick up three massive points and move into ninth place. The Fire return to the pitch on Wednesday when they hit the road to take on Minnesota United. Minnesota currently sits in fifth place in the Western Conference standings with 23 points.