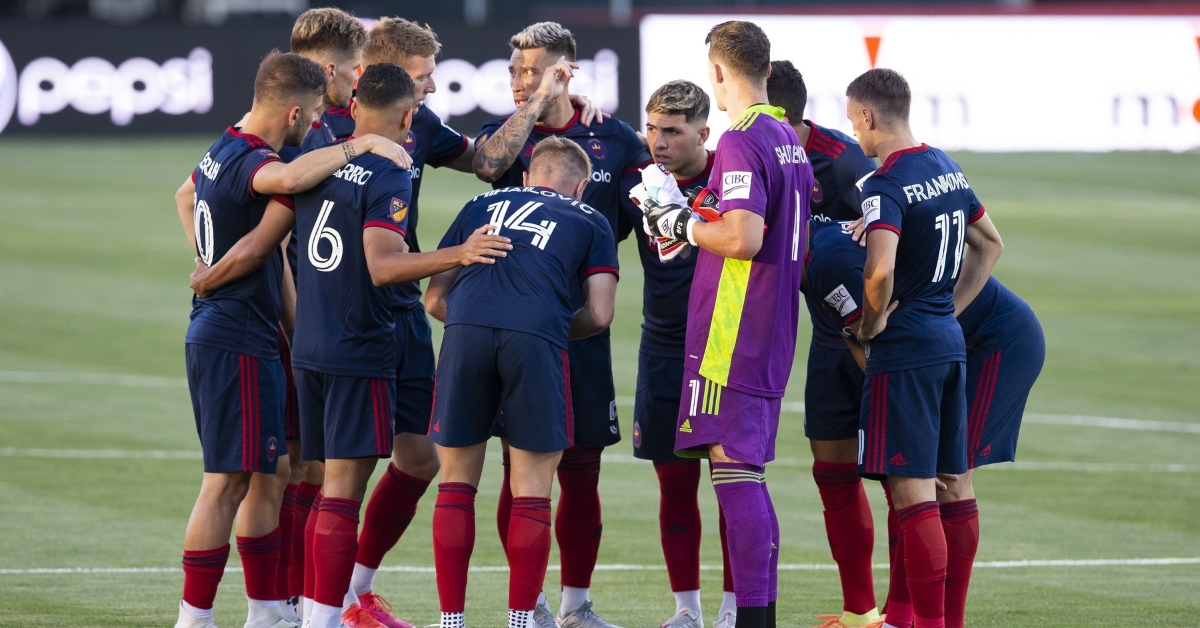 Over the past three seasons, the Chicago Fire have struggled to find ways to not only win but earn points on the road. As a matter of fact, they have been the worst team in the Eastern Conference when it comes to earning points on the road. Since returning to play, that trend has continued as the Fire have gone 0-2 away from Soldier field and 1-0 at home. With Wednesday being their final road contest in phase one of the return to play stage, the Fire were eager for a strong result.

After rolling FC Cincinnati at home a week ago, the Fire looked to make two wins in as many weeks against Blue's Men. Despite dominating the shot's category once again, the Fire had trouble putting shots on target as just one of their 13 Shots reaching Przemyslaw Tyton. Bobby Shuttleworth stood tall in goal, making three outstanding saves in net as Ignacio Aliseda picking up a late-game goal only to have the video booth overturn it. Despite not getting the three points with that goal, the Fire did manage to play to a draw earning a point on the road with the 0-0 draw.

Things could not have started any worse for the Fire and their defense as Shuttleworth was tested just one-minute in. With Miguel Angel Navarro committing the foul outside the penalty area, Cincinnati was awarded the free-kick and appeared to have something going. A perfectly placed ball by Haris Medunjanin found the head of Maikel van der Werff in the center of the penalty area as he went for the early goal. Shuttleworth was ready and sprawled out to make the save, keeping the score 0-0.

That was the best of the early attempts as it took 14 minutes for Chicago to get their first real scoring chance. Following that miss from Fabien Herbers, the Fire seemed to get the offense moving as Angel Navarro missed one wide four minutes later on the left-footed shot. Navarro continued to make things happen offensively, getting another shot in the 27th minute only to miss that attempt.

The best way to beat Cincinnati is to slow down Adrien Regattin, who runs the show on offense. Chicago did a great job keeping him in check early but got a great look late in the first half only to see Shuttleworth make the save. Robert Beric started the 2020 season off with a bang, but since the third game of the season has struggled.

Beric is getting his chances, but the striker hasn't been able to finish for some reason. That was indeed the case against Cincinnati as he had several great opportunities, including one that rolled just past the post late in the first half, keeping him goalless now in five-straight games. Beric had the Fire's lone shot on goal, but now he needs to finish it.

With the first half ending and the score still tied 0-0, Cincinnati made a thunderous run with hopes of finding the back of the net. Even with both Joseph- Claude Gyau and Siem de Jong getting good looks on goal, the Fire escaped without any damage as both their shots were off target, sending the teams to the locker room tied 0-0.

Like most Chicago games this season, the team got off to a slow start as they were looking to pick it up in the second half. Well, 10 minutes into the half, the Fire were still without a shot as Cincinnati got their final shot on target at Shuttleworth as he denied Jurgen Locadia to keep things scoreless.

Looking for the go-ahead goal, Przemyslaw Frankowski was looking to take charge on offense to get things flowing. The more he touched the ball, the better things flowed, setting up an excellent shot for Aliseda in the 66th minute to miss yet another attempt. Not letting that miss get to him, Aliseda kept the pressure on five minutes later as he appeared to score the go-ahead goal in the 71st minute giving Chicago the 1-0 lead. Unfortunately for the Fire, the goal was overturned after a replay confirmed a Boris Sekulic handball to keep things 0-0.

Frustrated by the decision to disallow the goal, the Fire continued to keep the pressure on with Djordje Mihailovic getting a look on goal, but putting it off target again. With the Fire defense continuing to do their part keeping Cincinnati out of their offensive end, Chicago was looking for the breakthrough goal as extra time approached. Despite good looks from Mihailovic and Elliot Collier in extra time, nothing went their way as the Fire settled for the 0-0 draw to earn one point.

Not getting the full three points certainly stings as that would have put them back in the playoffs, but earning a point on the road is always good. With eight points on the season, the Fire currently sits in 13th in the Eastern Conference, just one point out of the east's 10th spot. That 10th position is the cutoff line as 10 teams from the east will make the postseason, so the Fire are very much alive.