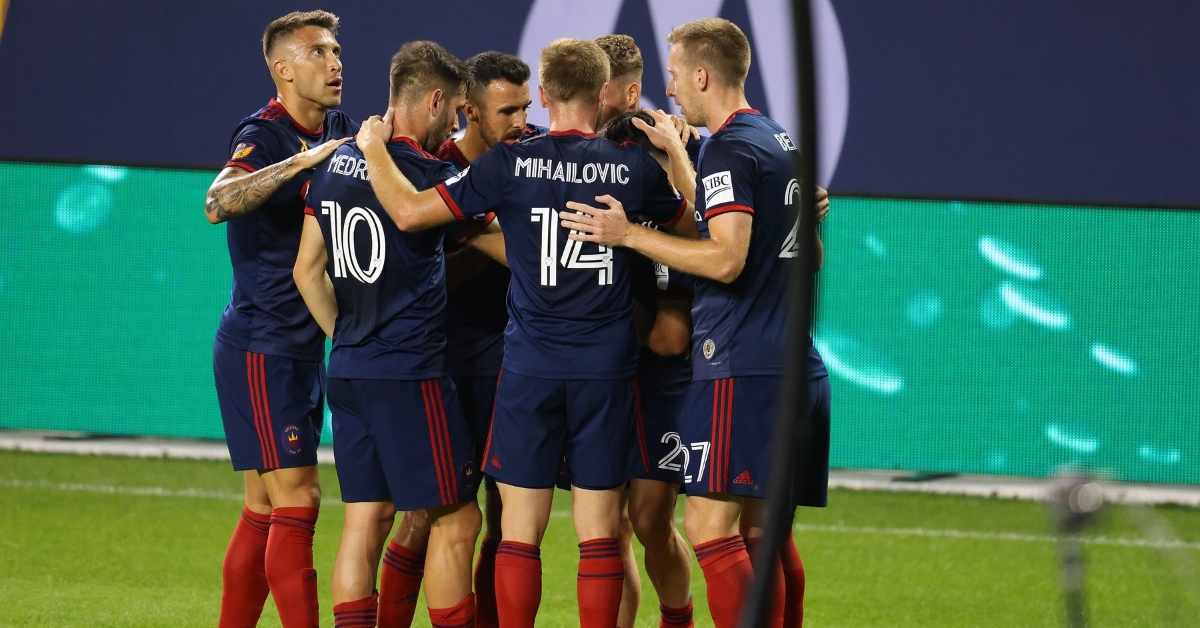 Earlier this week, the MLS revealed the remaining games for the 2020 MLS season as the Fire had eight remaining games entering last night. Sitting in last place in the Eastern Conference, the Fire have plenty of time to string some wins together, but they need points if they expect to move up in the standings.

Last night the Fire took a significant step forward in their playoff push as they demolished the visiting Houston Dynamo 4-0 to pick up three points. The win moves them from up to 12th in the East, and are just two points out of the final playoff spot. That spot is occupied by Atlanta, who the Fire play later this week, so this is a golden opportunity for Chicago.

Right from the opening kick, you saw a hungry Fire team showing more energy than any previous matches. Robert Beric got the games first attempt in the third minute before the Dynamo slowed the Fire down for the next 10 plus. After Alvaro Medran missed an attempt in the ninth minute, Houston countered for their first attempt against Bobby Shuttleworth with Darwin Quintero, putting it wide to keep the score 0-0.

The Fire answered that Houston attack with another attack of their own with Beric finding the back of the goal in the 15th minute giving the Fire a 1-0 lead. As if one early goal wasn't good enough, the Fire offense continued to dominate the first half doubling their lead in the 23rd minute when Fabian Herbers took the Ignacio Aliseda pass to bury it home for the 2-0 lead.

After a heartbreaking game last weekend that saw Francisco Calvo robbed of two goals, the defender had another shot in the 26th minute but could not put his attempt on target. Towards the middle portion of the first half, the Dynamo started to solve the Fire defense with both Adam Lundkvist and Niko Hansen getting shots up, but once again, Shuttleworth stood tall to keep the doughnut on the board.

Looking for some late half magic, Aliseda missed a shot in the 38th minute, but it was Medran picking him up two minutes later, striking one from outside the penalty area for the 3-0 advantage. Djordje Mihailovich appeared to have a late first-half goal in the 42nd minute. However, after going to a video review, it was ruled, he was offsides, so the Fire settled for the 3-0 lead after one.

Coming off what was their best half of soccer this season, no one would have been surprised to see a Fire let down in the second half. It has happened before, and the Fire wanted to make sure it wouldn't happen this time. Mihailovich kept the pressure on in the 51st minute, getting a strong shot up only to put it wide, but at least the Keeper was now honest.

Mihailovich continued to be a magnet for the ball in the early portion of the second half, getting another scoring chance but failing to put it on target once again. We saw both Beric and Elliot Collier get some shot opportunities up midway through the second half. Beric was the only one to put it on target with Marko Maric coming away with the save to prevent further damage.

The remainder of the second half continued to be one-sided as the Fire failed to concede a shot on goal the entire second half keeping the Dynamo guessing. With the game winding down, the Fire were awarded a penalty shot in the 90th minute. C.J. Sapong took the kick and buried it home for the final goal as the Fire took care of business 4-0 to secure three big points.

With the win, the Fire now has 12 points on the season and moved up to 12th in the Eastern Conference standings, two points from post season contention. Atlanta occupies the final post-season spot as they are the next squad up for Chicago this weekend.