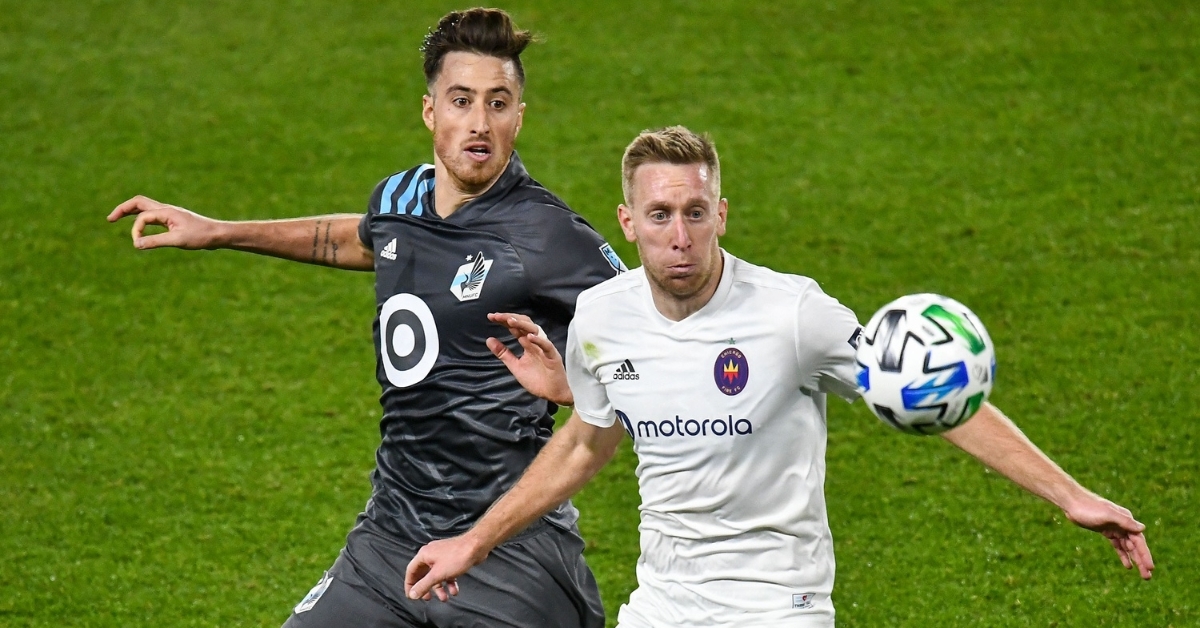 Sometimes all it takes is one. One goal, one win, or one moment that can change your season. For the Chicago Fire, that moment seemed to be last night as they continue to battle for the postseason. Needing four points in their final two games to ensure themselves a postseason spot, the Fire looked for their first road win of the season.

Through 60 minutes, it appeared that was the case as the Fire were dominating the game and holding a 2-0 lead. Then Minnesota gained the momentum and clawed back to tie things 2-2 giving Fire fans more frustrations on the road. When it looked like the Fire would drop another game, Robert Beric appeared to know home a game-winner in extra time to give the Fire a 3-2. After further review, the goal was ruled to be offsides, and once again, the Fire let two road points getaway to come away with a frustrating 2-2 draw.

The best way to get over your road woes is to come out strong, which is exactly what Chicago did. It took 12 minutes, but Alvaro Medran got the first look for the Fire getting back to back chances in the 12th minute to come up empty-handed. Following shots from Jose Aja and Kei Kamara that resulted in a pair of Bobby Shuttleworth saves, the Fire opened the scoring as they took the lead on the road.

It was no surprise to see Beric involved once again as he has been the Fire offense's heart and soul. Beric took a perfect cross from Przemyslaw Frankowski into the center of the box and delivered the header for the 1-0 Fire lead. Three minutes later, the Fire attack was at it again as Gaston Gimenez and Fabian Herbers were denied on goal by Dayne St. Clair, with Djordje Mihailovic putting one wide.

The Fire offense continued to get after St. Clair in the 26th minute, with Beric and Herbers getting looks but coming up empty. Looking to draw even in the 30th minute, Kamara got a great look in the center of the box but was denied by Shuttleworth to keep the Fire in front. Shuttleworth added another save against Ethan Finlay as the Fire defense stood tall late in the first to preserve the 1-0 halftime lead.

Knowing that one goal wouldn't be enough, the Fire offense knew they needed to start strong. Instead, Kamara again got the first shot of the half as he continued to get behind the Chicago defense. Still clinging to the one-goal lead, Mauricio Pineda changed that in the 52nd minute, getting the right-footed shot off the bottom corner to double the Fire lead 2-0.

This was the match's turning point as both Boris Sekulic and Frankowski had chances to put the game away but came up empty. Emanuel Reynoso entered the game for the Loons in the 60th minute, and from that moment, it was all Minnesota. His skill and speed combination gave the Fire defense fits as the Minnesota offense began to come together.

Four minutes after his arrival, Reynoso made his presence felt as his cross to Aja found the back of the net as Minnesota cut the Fire lead in half 2-1. With a chance to get that goal back in the 74th minute, Elliot Collier appeared to have beaten St. Clair, but the post kept him out, preventing further damage. The second time in a week, Collier hit the post, with both times costing the Fire crucial points.

Feeling a new sense of life after dodging that bullet, Marion Hariston and the Minnesota offense was back on the attack as his shot went wide. One minute later, another set-piece opportunity for the Loons as the Fire had trouble defending those all night. This time, Robin Lod rose over the Fire defense to put his header past Shuttleworth, and just like that, we had a 2-2 game. It is the fourth time in five games the Fire have now conceded two goals.

Looking for that season-changing moment and first road win, Chicago got shots from Collier, Medran, and Sekulic only to come away empty-handed as we headed into extra time tied 2-2. With the game on the line and a crucial corner kick, both Peric and Pineda were in the area as the ball bounced off Beric's foot into the net for what looked to be a 3-2 Fire lead.

Upon further review of what looked like a handball on Pineda, was ruled Beric was offside, disallowing the go-ahead goal. Neither team could get much done the final two minutes as the Fire settled for another painful 2-2 draw but did pick up a point to take over sole possession of 10th place in the east.

With one game to go, the Fire needs to win against NYCFC on Sunday to guarantee a spot in the postseason. Should the draw, they need a little help as they need DC United, Inter Miami CF, and Atlanta to all take the loss or draw. Playing at Soldier Field on Sunday, the message is simple. Win, and you're in.