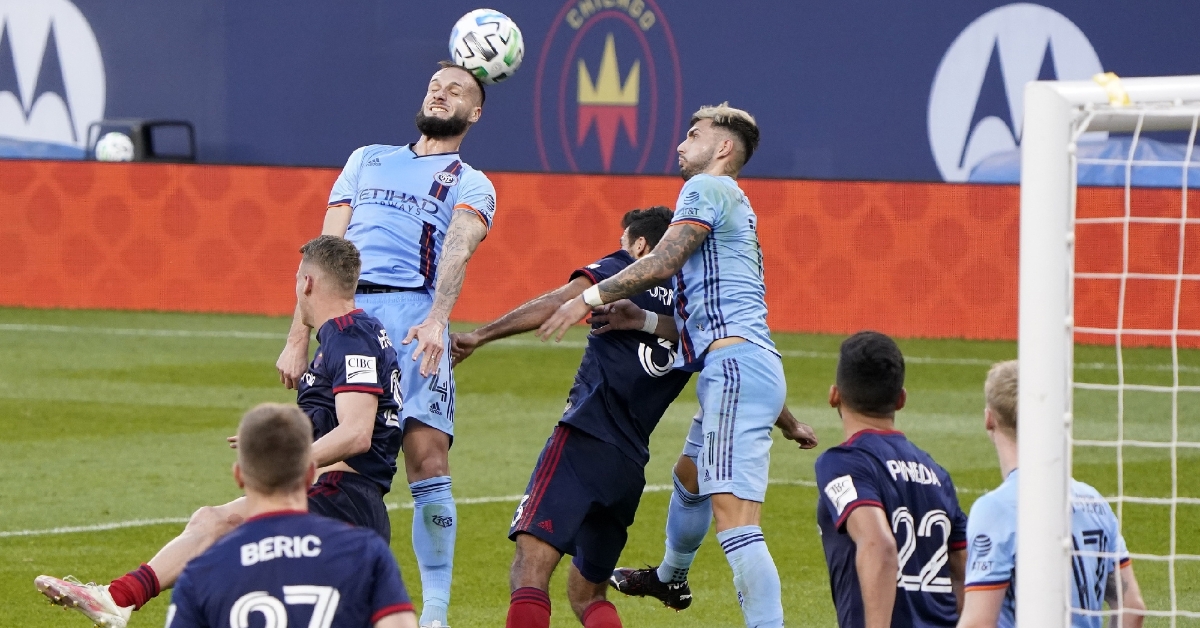 Win, and you're in. That was the mindset the Chicago Fire had going into their season finale against NYCFC. Holding a one-point lead for the final postseason spot, the Fire needed a win at home to ensure themselves a spot in the postseason. Anything less, and they would need some outside help.

After falling behind 3-1 midway through the first half, the Fire rallied for two late goals to tie things up 3-3 at the half. With their outside help nowhere to be found, the Fire now needed to win more than ever. Unfortunately, a poorly timed turnover in their own end proved to be the difference as NYCFC capitalized to claim a 4-3 win ending the Fire's postseason hopes.

Already with their postseason spot clinched, no one would have been surprised to see NYCFC rest some of their starters in hopes of staying healthy for the postseason. They had other things in mind as their offense got after Bobby Shuttleworth and the Fire defense early and often. Surprisingly it was the Fire offense of Robert Beric, Djordje Mihailovic, and Przemyslaw Frankowski getting the shots off early as the teams were held scoreless through 15 minutes.

It was in the 15th minute when NYCFC broke the time as Alexander Callens found the back of the net courtesy of the Maxiilliano Moralez pass, and Chicago was down 1-0 early. NYCFC dominated the next eight minutes as four shots got through to Shuttleworth, who came up with three saves to keep things close.

Unfortunately, it was only a matter of time before the Fire conceded another goal when Gary Mackay-Steven doubled the lead in the 32nd minute 2-0.

Facing deficits in the past, the Fire turned to one of the men they can trust in Beric. Not even a minute after falling behind 2-0, Mihailovic found Beric, who put the header past former Chicago Fire keeper Sean Johnson to make things 2-1. However, that momentum was short-lived when Jesus Medina put home NYCFC's third goal of the half in the 37th minute, putting them back up two 3-1. It was the fifth time in six games the Fire have allowed two or more goals, which is not a good trend to have.

With the first half winding down and the Fire knowing what is at stake, Frankowski came to the rescue. Playing what was by far his best game of the season, Frankowski picked up a pair of late first-half goals less than a minute apart to bring things to 3-3 with the half nearing. It was precisely the kind of momentum swing the Fire needed as we had a brand-new game.

Trying not to scoreboard watch, at least not yet, the Fire couldn't help but notice that both Atlanta United and Inter Miami were winning their matches at the break, so outside help didn't appear to be happening. With 45 minutes left in what could be their season, it was now or never for the Fire to get the job done at home.

Once again, the Fire offense came out strong, with Mihailovic and Fabian Herbers testing the defense early to no avail. Five minutes later, Mackay-Steven had a golden chance to break the tie score only to be turned away by another tough Shuttleworth save. It took a little while for the Fire to get another attempt on frame, but in the 61st minute, Gaston Gimenez took a cross in the center of the box but put it over Johnson and the bar.

Down to the match's final 20 minutes, it became the Valentin Castellanos show on offense for NYCFC. After Shuttleworth denied him a few minutes early with a good save, Castellanos got the last laugh in the 77th minute. With the Fire making some personnel changes, Miguel Navarro, who took over for Johnathan Borenstein, made a crucial error that proved to be too costly. Looking to center the pass into his penalty area, Navarro played it right to Castellanos, who took care of the rest to give NYCFC the late 4-3 lead.

In complete desperation mode, Elliott Collier and the Fire offense needed some late-game magic as his two attempts went wide of the mark. Beric took his best shot in the 84th minute only to be turned away by Johnson as time was running out for the Men in Blue. Looking for one desperation moment, Carlos Teran entered the game looking to use his big frame to his advantage. That was the plan put in place as the Fire targeted him early and often offensively but couldn't get him to find a decent touch.

Needing two goals in extra time, NYCFC used that to their advantage as they began to slow things down to end the game. That proved to be the deciding factor as the Fire couldn't generate anything offensively in the second half and fell 4-3 to end their 2020 season. This loss was a microcosm of their season as the Fire dropped 13 would be points this year, which ranked second in the MLS only behind Inter Miami. Oddly enough, Inter Miami was the team that passed them for the final postseason spot as the Fire finish the year with 23 points to take 11th in the East.