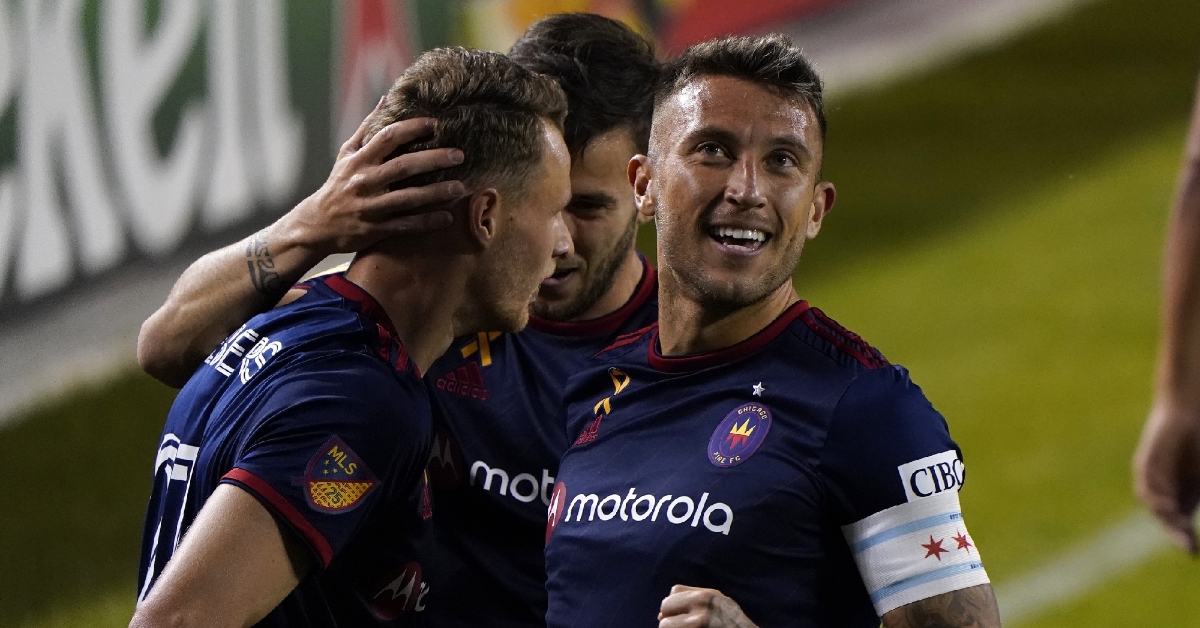 Nothing has gone right for the Chicago Fire much of this season as they are still learning how Raphael Wicky wants them to play. However, despite all that, the Fire entered the week with a golden opportunity to pick up six points and propel them into the playoff picture. After taking down the Dynamo 4-0 on Wednesday, the Fire turned their focus to Atlanta United, who occupied the final post-season spot heading into last night.

Led by Bobby Shuttleworth in goal and two impressive first-half goals, the Fire were able to surpass Atlanta United in the standings posting their second clean sheet of the week 2-0. It was the first time in Wicky's coaching tenure with the Fire where he earned consecutive wins as the six-point week has the Fire sitting in 10th place in the East.

Starting fast has been the Fire's DNA lately, and Sunday was no different. Not even five minutes into the game, Ignacio Aliseda and Djordje Mihailovic got off strong attempts only to have Brad Guzan come away with a pair of early saves. Chicago continued to keep the early pressure on, which paid off in the seventh minute for the game's first goal.

For the fourth time this season, all of them at home, Fabian Herbers took a Gaston Gimenez pass to put it far post past Guzan, and just like that, Chicago was off and running 1-0. Atlanta didn't know what hit him as the early attempts continued to come with Robert Beric missing one in the ninth minute to keep Guzan and the Atlanta defense on full guard mode.

Nearing the 18-minute mark, Atlanta United was still without an attempt but came oh so close to evening things up. For the first time all night, the United offense got inside the Chicago Penalty area, where Jon Gallagher found Adam Jahn around the penalty spot. What looked to be an acrobatic sidekick turned into an incredible save from Shuttleworth, keeping the Atlanta side off the board.

Jake Mulraney got Atlanta's second shot on goal in the 30th minute, but the remaining stages of the first half were not nearly as action-packed as the first 20 minutes. That was until the 39th minute, where Beric continued his recent tear with yet another goal to double the Fire lead 2-0. Mihailovic was credited with the assist on the play, giving them a 2-0 lead after one half.

The second half started much like the first half, with the Fire controlling the tempo early. Beric had a good look early on, but to no avail as Atlanta dodged a bullet in the 50th minute. One minute later, Mihailovic got another look on goal, but once again, he couldn't put it home as his frustrations showed on the pitch.

As if the Atlanta frustrations were not on display in the first half, they were fully on display in the 58th minute. For the second time in the game, Jahn was left alone in the penalty area, rising for a header off the Gallagher cross. In what looked to be the break Atlanta needed, Shuttleworth sprawled out to get a hand on the ball, deflecting it off the post to keep the shutout intact.

Looking for one more goal during the middle stages of the second half, Franciso Calvo and Mihailovic were denied goals as the Fire were letting Atlanta hang around. The Fire got more attempts from Herbers and Alvaro Medran, but Guzan stood tall to prevent further damage as the Shuttleworth, and the Fire pitched another shutout for the 2-0 win.

It was a massive win for Chicago as they surged into the final post-season spot in the eastern conference with 15 points. The Fire is just one point out of Montreal's eighth spot, who happens to be the Fire's next opponent next weekend.