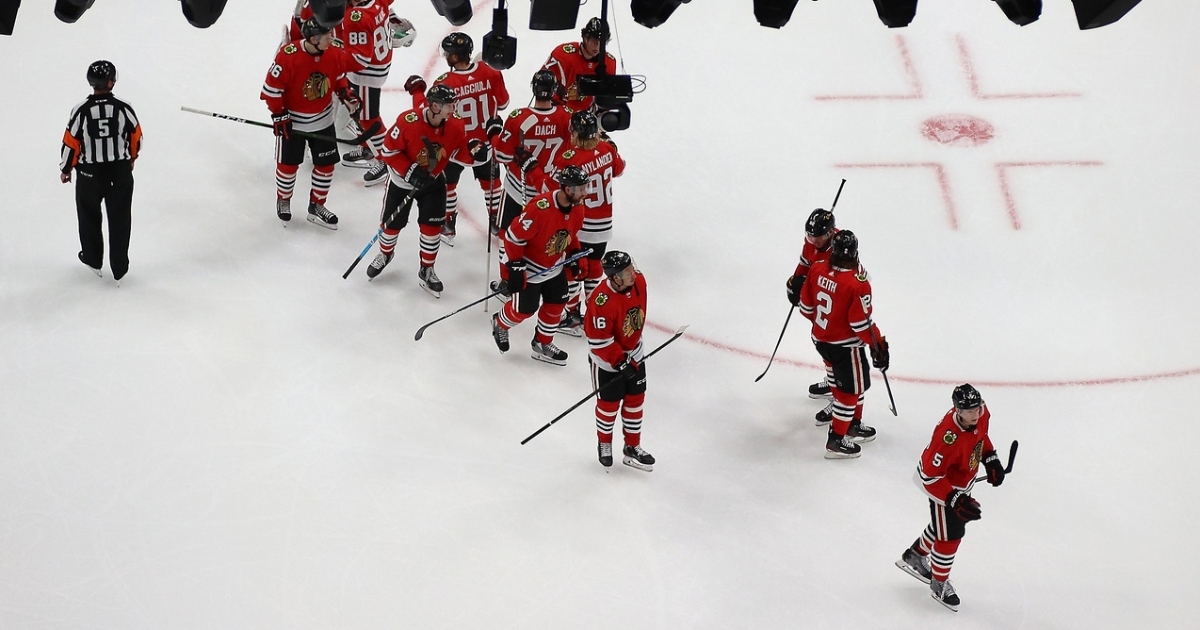 If you are a hockey fan and love offense than this is the series for you as the Oilers and Blackhawks have combined to score 19 goals over their first two games. Coming off a 6-4 win in game one, Chicago looked to seize command of the best of five series by picking up another huge win. Instead, Corey Crawford and the Blackhawks were tormented by an Edmonton offense that was eager to even things up as the Oilers doubled up the Hawks 6-3 tying the series up 1-1.

It was the Connor McDavid show in the first period as he needed just 19 seconds to put his skills to the test delivering the games first goal for the quick 1-0 lead. Not even five minutes later, McDavid continued to show us why he is approaching the 100 point scoring mark this season. He took another Ryan Nugent-Hopkins pass and buried it for his second goal of the period and third in the series giving Edmonton a 2-0 lead.

In danger of letting things get out of hand early, Crawford and the Blackhawks defense began to tighten up to finish out the first, giving their offense a chance to get something going. None other than captain Patrick Kane would jump-start the Chicago offense taking passes from Alex DeBrincat and Slater Koekkoek to make things 2-1 10 minutes in as that score closed out the first period.

After extremely sloppy play in game one led to six power-play goals, both teams played a much crisper game in game two as the play's pace was more fluid. Known for their fast starts in this Series, Edmonton needed just over a minute in the second period to pick up another goal as Tyler Ennis went unassisted for his first putting Edmonton up 3-1.

Looking for an answer to keep things close, Koekkoek came to the rescue three minutes later, taking another DeBrincat assist with Kirby Dach to score his first of the Series to bring things within one again 3-2. The remainder of this period was played with a frantic pace as both teams spent their fair share in each other's zone but couldn't find the back of the net.

That was until the 15:13 mark when Chicago drew even 3-3 curtesy of Olli Maatta and his first goal. Dach and Kane were credit with the assist. With this game suddenly even and Chicago playing with more confidence than earlier, McDavid silenced that momentum with a late second period Power Play goal giving the Oilers the lead for good 4-3 as we headed to the third.

The Blackhawks have shown time and again that they can score with the best of them down by one, so they were not overly worried at least in the early stages of the third. That was until Mikka Koskinen buckled down in the final period keeping the Blackhawks off the board while the Oilers offense continued to get shots up. Two of those shots turned to gold with James Neal and Alex Chiasson scoring a pair of goals less than one minute apart as the Blackhawks dropped game two 6-3 and are now tied 1-1 in their best of five series.

MVP Players: Both Kane and Koekkoek had huge nights for the Blackhawks, coming up with one goal and one assist each in the loss. Maatta added the third and final goal while Dach and DeBrincat led the way with two assists each. Crawford had 29 saves in net. Edmonton was led by none other than McDavid and his three goals as he continues to score at will against Chicago.