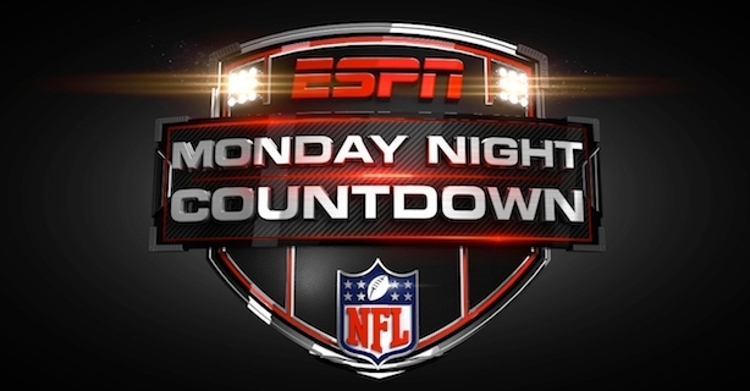 ESPN’s 2020 Monday Night Football commentator team will feature Steve Levy on play-by-play with Brian Griese and Louis Riddick as analysts, formulating a trio that boasts more than 45 years of broadcasting experience at ESPN. The telecast will also feature Emmy-winning reporter Lisa Salters returning for her ninth season, and officiating analyst John Parry back for his second season.

Levy assumes the MNF role in his 28th year with ESPN, already entrenched as one of the network’s longest-tenured and most popular personalities. For Griese and Riddick, together their experience as television analysts is approaching 20 years and the new assignment follows outstanding success both playing in and covering the NFL.

After Levy established himself as a polished studio host during his first two years at ESPN, in 1995 his responsibilities expanded and the SportsCenter anchor began calling NHL games, including the Stanley Cup Playoffs, across ABC, ESPN and ESPN2. He would continue as one of ESPN’s lead NHL play-by-play voice for a decade and added college football games to his repertoire during that time (1999-2002), a role he resumed in 2016.

Riddick, a former defensive back and front office executive, joined ESPN in 2013 and is a trusted voice for NFL fans across ESPN shows and platforms. He is a signature member of ESPN’s coverage of the NFL Draft and the NFL Scouting Combine, has appeared on Monday Night Countdown, and annually is part of ESPN’s Super Bowl week programming. Last season, he added a college football game assignment to his weekly NFL studio role. Following his playing career (1992-98), he transitioned into the front office, working for both the Washington Football Team (2001-07) and the Philadelphia Eagles (2008-13), starting in both organizations as a scout before rising to both teams’ director of pro personnel.

For Levy, Griese and Riddick, the 2020 MNF opener will be their second consecutive year as a team to call a MNF game. The trio worked together during ESPN’s signature Week 1 doubleheader, broadcastinglast year’s Raiders-Broncos matchup. For Riddick, last season’s opener in the booth commenced a season-long campaign with MNF as a regular on the main set of Monday Night Countdown and a staple on MNF halftime and postgame shows.

Levy’s play-by-play career resumed on a regular basis in 2016, as he teamed with Griese to broadcast signature college football games on ABC and ESPN. Inclusive of last year’s MNF game, Levy and Griese have called more than 60 games together over the past four seasons, concluding each season with a New Year’s Six bowl game on television and a College Football Playoff Semifinal on ESPN Radio. Their existing comradery extends into the NFL beyond last season’s MNF opener, as the pair called Broncos preseason games, locally in Denver, in both 2018 and 2019. In addition to the aforementioned NFL commentating appearances, Griese also announced the 2018 MNF doubleheader with Beth Mowins.

“Steve, Brian and Louis are trusted voices of the NFL whose knowledge and love of football connects with fans,” said Connor Schell, ESPN Executive Vice President, Content. “We are thrilled that they will join Lisa Salters to make up our new Monday Night Football team and share their passion and insight with football fans in what promises to be a great broadcast each week.”

Chris Fowler and Kirk Herbstreit, ESPN’s leading college football broadcasting team, will make their NFL debut when they call the first game of the season-opening MNF doubleheader, featuring the Pittsburgh Steelers at the New York Giants (7:15 p.m.). Fowler and Herbstreit have worked together each college football season since 1996, beginning on College GameDay Built by the Home Depot (1996-2014) and then in the booth, beginning with Thursday Night Football and then reuniting for their current assignment, ABC’s Saturday Night Football, which they began together in 2014. Their regular weekly assignment leads into the postseason which includes a College Football Playoff Semifinal and the College Football Playoff National Championship. They are the only broadcast team to call the national championship game in the CFP era.

“Chris and Kirk are commentators at the top of their game and have thrilled college football fans for many years,” said Schell. “We are looking to add new opportunities to their expansive portfolios and are confident that NFL fans will be just as excited to hear one of the most prolific broadcasting duos on Monday Night Football.

Levy has worked for ESPN since 1993, immediately growing in stature as one of ESPN’s most popular SportsCenter anchors, a position he continues in today. Among Levy’s career highlights, he has anchored the post-Super Bowl edition of SportsCenter for more than a decade, and travelled to MNF games to host postgame coverage for three seasons. In addition to his recent college football duties, Levy was the lead voice for XFL games on ABC. Full bio information available here.

The Griese name is synonymous with football, as Brian and his father, Bob, both were NFL starting quarterbacks following successful Big Ten college careers and transitioned into the broadcast booth following their playing days. Brian’s NFL career followed a stand-out career at Michigan, where he was 17-5 as a starter, including an undefeated season in 1997 when the Wolverines were crowned co-national champions. Brian went on to start more than 80 games in the NFL in his career and was named to the 2000 NFL Pro Bowl. During his time in the booth, Brian has called multiple marquee bowl games, including the Rose Bowl for ESPN Radio, a game in which he was named MVP in 1998. Bob Griese was also a two-time Super Bowl champion and a top college football analyst for ABC Sports from 1987-2005. Brian’s bio information available here.

Riddick’s ascent in broadcasting follows a similar trajectory to the one he paved as a player and front office executive, making the most of each opportunity and having undeniable impact on ESPN’s success. In addition to the aforementioned television appearances, Riddick has been a consistent presence on Sunday NFL Countdown, NFL Live, SportsCenter, Get Up, First Take and more since he joined ESPN seven years ago. He was a ninth-round draft pick in the NFL which he turned into a nearly 100-game NFL career before he established himself as a front office executive with multiple teams. Full bio information available here.

Salters has been with MNF since 2012 as a sideline reporter and continues to cover the NBA for ESPN and ABC as well, a role that began in 2005. In 2020, Salters worked Super Bowl LIV – her first Super Bowl assignment – as the sideline reporter for ESPN’s international broadcast in Australia and New Zealand. Beyond covering high-profile events, Salters is co-host of ESPN’s acclaimed E:60 newsmagazine alongside Jeremy Schaap. She helped launch the series in 2007 as a featured correspondent before her promotion to co-host in 2019, when the program moved into its new monthly prime-time slot. A gifted storyteller, Salters has filed many memorable features over the past decade, including “Life as Matt” on transgender high school track and field athlete Matt Dawkins, which earned a 2017 Sports Emmy Award. Earlier this year, Salters was added to the Pro Football Hall of Fame selection panel. Full bio information available here.