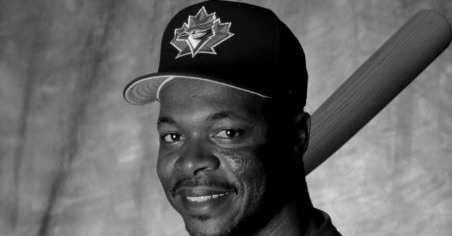 Sad news to report as former MLB All-Star Tony Fernandez has passed away at the age of 57.

He suffered a stroke and had been battling kidney issues according to multiple reports.

The Blue Jays released the following heartfelt statement about Fernandez.

"The Toronto Blue Jays are deeply saddened by the passing of Tony Fernandez today, one of our club’s most celebrated and respected players," a Blue Jays release said. "Enshrined forever in Blue Jays history on the Level of Excellence, Tony left an equally indelible mark in the hearts of a generation of Blue Jays fans during his 12 unforgettable seasons with the team. His impact on the baseball community in Toronto and across Canada is immeasurable. Our deepest condolences are with the Fernandez family during this time."

Fernandez was a five-time All-Star and four-time Gold Glove winner at shortstop. For his career, he had 1,583 hits (most in franchise history) and had 72 triples.

CubsHQ would like to give out our condolences to Fernandez's friends, family, and fans during this tough time.

We will miss you, Tony?? pic.twitter.com/3FfCgXaM7y