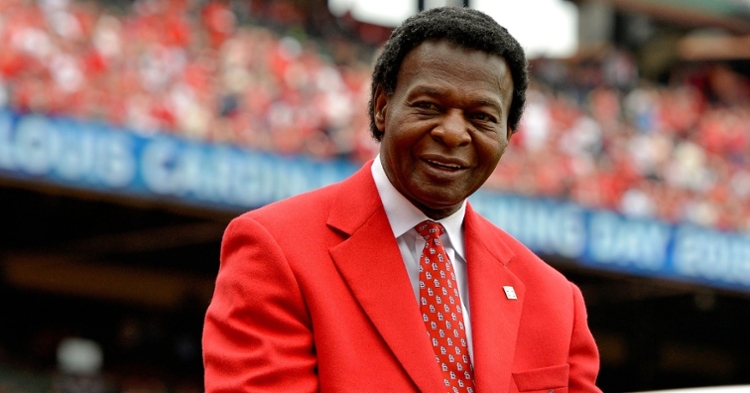 Not good news to report tonight.

Hall of Famer Lou Brock has passed away on Sunday afternoon at the age of 81 battling a few medical conditions.

“Lou was the happiest Hall of Fame member I’ve ever known," his agent said. "His wonderful life simply could not be duplicated. A warm, humble, and gentle man. He will be missed by all.”

The Cubs released the following statement, "We join the Cardinals organization and all MLB in mourning the passing of Hall of Famer Lou Brock."

The Cubs and Cardinals held a moment of silence for Hall of Famer Lou Brock, who died at the age of 81. pic.twitter.com/358Bt9G7Ch

Cubs honoring Lou Brock with a moment of silence pic.twitter.com/WIXsXfQVJ1

They will look at my career as the guy who gave it all but at the same time did it with integrity.

That's what we all aim for, the respect of the game as well as the honesty that's played a part of that game. -Lou Brock pic.twitter.com/ZGcDY6NH3H

What an awful week

Statement of Executive Director Tony Clark on the passing of Lou Brock: pic.twitter.com/IbAoFKSZ6w