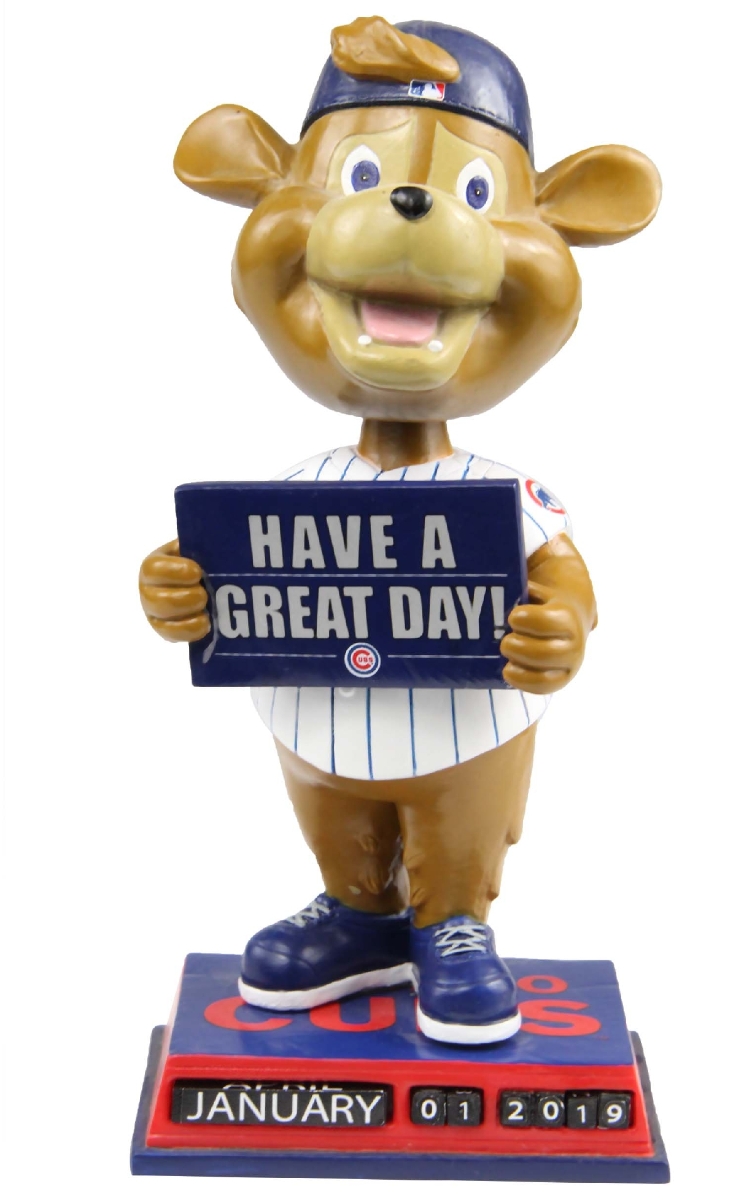 ** Support CubsHQ! CLICK HERE to Get Your Clark the Cubs Calendar Bobblehead Today **

Standing on a base which incorporates a changeable calendar, the bobblehead features a smiling Clark wearing his signature backward baseball cap and holding a sign telling you to “HAVE A GREAT DAY!” This is the first bobblehead to incorporate a calendar.

Each bobblehead is individually numbered to 1,000 and they are only available through the National Bobblehead Hall of Fame and Museum’s Online Store. The bobbleheads, which just arrived and ship now, are $40, plus a flat-rate shipping charge of $8 per order.

Established in 1876 as a charter member of the National League, the Chicago Cubs are one of the most popular teams in all of sports. “Clark” was announced as the first official mascot in the modern history of the franchise on January 13, 2014, as the Cubs became the 27th team in Major League Baseball to have a mascot. According to the Cubs, Clark was a response to fan demands for more kid-friendly elements at Wrigley Field to keep pace with teams in other cities that have more to offer young fans.

“Clark” may have been a good-luck charm in 2016 when the Cubs ended a 108-year World Series championship drought and a 71-year National League pennant drought. The 108-year drought was the longest in all major North American sports. Since the start of divisional play in 1969, the Cubs have appeared in the postseason 10 times.

"We’re excited to release this new bobblehead concept featuring a built-in calendar as we embark on a new decade,” National Bobblehead Hall of Fame and Museum co-founder and CEO Phil Sklar said. “Chicago Cubs fans are known for their passion and undying support and this bobblehead is sure to bring a smile to fans of all ages as they change the calendar each day.”

** Support CubsHQ! CLICK HERE to Get Your Clark the Cub Calendar Bobblehead Today **