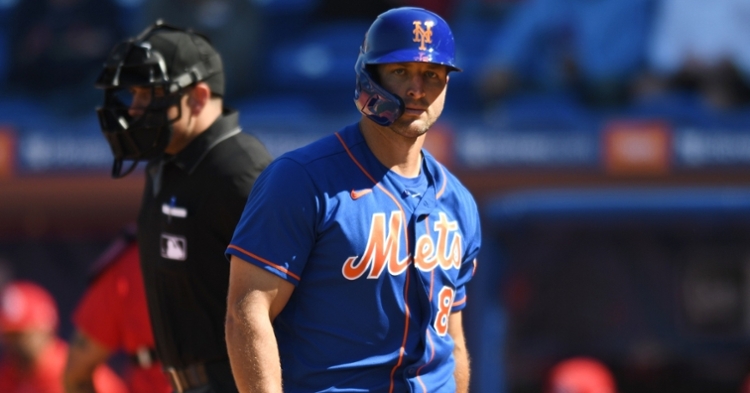 “It has been a pleasure to have Tim in our organization as he’s been a consummate professional during his four years with the Mets,” said Team President Sandy Alderson. “By reaching the Triple-A level in 2019, he far exceeded expectations when he first entered the system in 2016 and he should be very proud of his accomplishments.”

In 2018, Tebow again went deep in his first at-bat of the season, this time as a member of the Binghamton Rumble Ponies (AA). That summer, he was named to the Eastern League All-Star team and represented the East squad as the designated hitter. In 2019, his final professional season, he appeared in 77 games for the Syracuse Mets (AAA) before a laceration on his left hand ended his season.

“I want to thank the Mets, Mr. Alderson, the fans and all my teammates for the chance to be a part of such a great organization,” said Tebow. “I loved every minute of the journey, but at this time I feel called in other directions. I never want to be partially in on anything. I always want to be 100 percent in on whatever I choose. Thank you again for everyone’s support of this awesome journey in baseball, I’ll always cherish my time as a Met. #LGM”