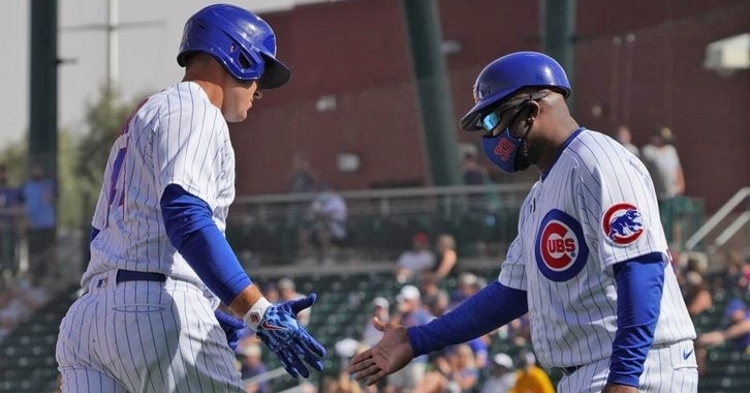 The Cubs offense is showing off some power against the Seattle Mariners on Wednesday at Sloan Park.

Cubs first baseman Anthony Rizzo aka 'Tony 2 Chainz' absolutely crushed a two-run homer to put the Cubs up 6-3 in the fourth inning.

The monstrous shot went over the grass hill in right field on the concourse.

New Cubs announcer Boog Sciambi was talking during the homer on the telecast and then said, "Oh my goodness," reacting to the epic blast by Rizzo.

Check out the bomb below:

Photo evidence of the big-time homer:

Anthony Rizzo joins Joc Pederson in the Cubs' home run exploits this afternoon in Mesa. Launched one over the RF berm, where it landed on concourse. pic.twitter.com/B1wS8hmY2d

First Tony tank of the spring was a BLAST! https://t.co/6QkTDpjyHu pic.twitter.com/uEOtNKSIn9