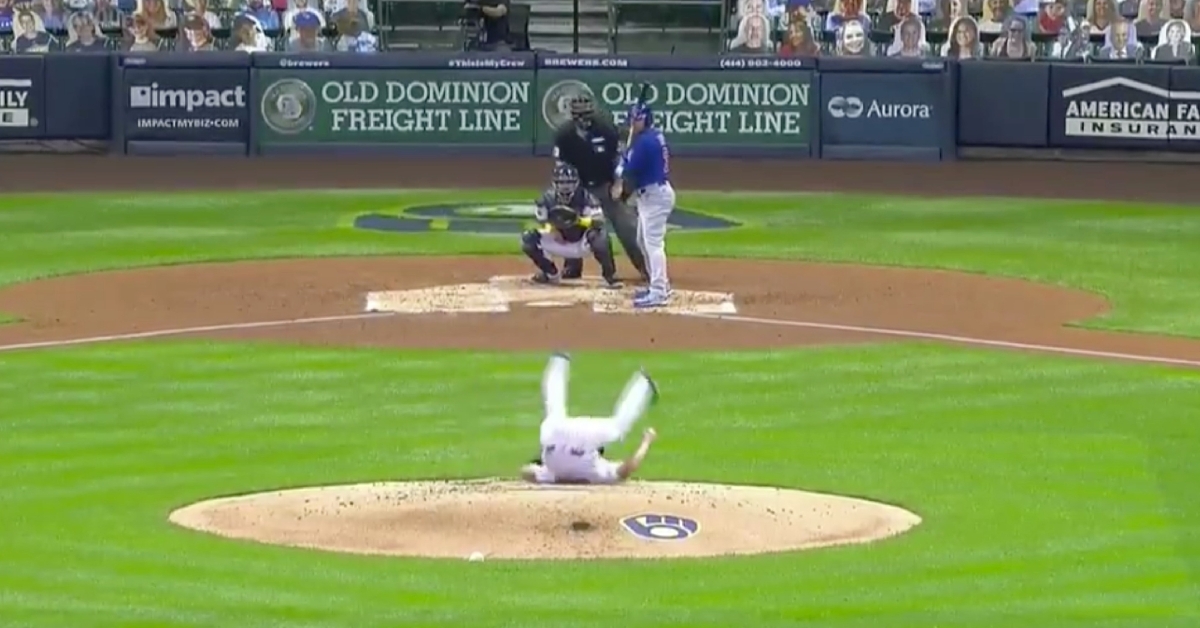 There was audible laughter from both dugouts after Brewers pitcher Brent Suter slipped and fell on the mound.

MILWAUKEE — Milwaukee Brewers pitcher Brent Suter was a late addition to the starting lineup on Saturday, as he was not initially slated to start against the Chicago Cubs at Miller Park. Suter dominated in his three innings of work, though, tossing a trio of scoreless innings on short notice.

However, in the midst of a three up, three down third frame, Suter suffered perhaps one of the worst pitching bloopers in MLB history when he somersaulted on the mound after slipping and falling. Suter works very quickly, and he worked a little too quickly on this particular pitch, losing his footing before beginning his windup.

Both dugouts laughed at Suter's expense, who played it off with a smooth somersault on the bump after falling onto his backside. Suter had the last laugh, however, as he struck out Ian Happ soon afterward to cap off a 1-2-3 top of the third.

He gets knocked down, but he gets up again.
You are never gonna keep him down.@Bruter24 I #ThisIsMyCrew pic.twitter.com/i5yFOdKRQq