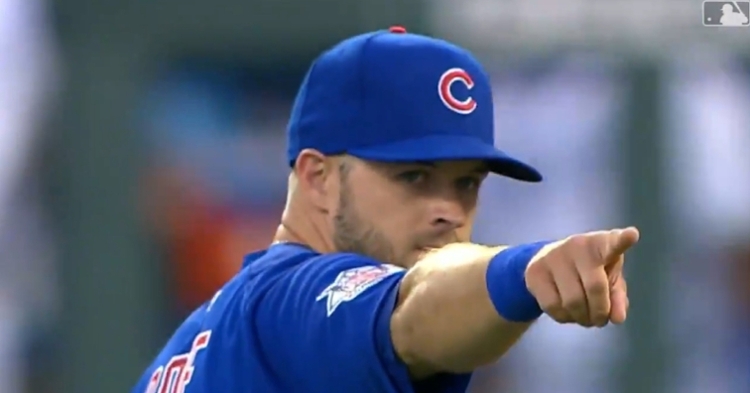 Usually a third baseman, David Bote started at second base on Wednesday and pulled off a great defensive play.

KANSAS CITY, Mo. — Making a rare start at second base on the night, David Bote made an eye-catching defensive play on Wednesday. Bote helped the Chicago Cubs turn two against the Kansas City Royals at Kauffman Stadium.

With no outs and runners on the corners in the bottom of the third, a chopper hit by Whit Merrifield ricocheted off Cubs pitcher Yu Darvish's glove when Darvish reached up in an attempt at snatching it out of the air. Bote was able to corral the ball after charging it, making the tough play with a foot on second base for the force out.

Bote then fired to first base to complete the double play. The lead runner scored from third base, but Bote's excellent defense was key in limiting the Royals to just one run in the inning.