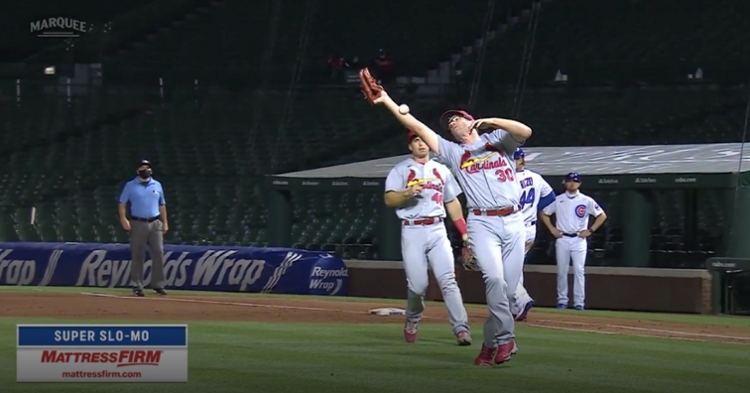 CHICAGO — With a blunder that should never happen at the big league level, St. Louis Cardinals pitcher Tyler Webb somehow misjudged an infield popup off the bat of Chicago Cubs first baseman Anthony Rizzo and failed to catch it. Webb was subsequently removed from Friday's game with the Redbirds trailing 4-1 in the bottom of seventh at Wrigley Field.

With two outs in the inning, Webb could have ended the inning when Rizzo got underneath a pitch and skied a popup. Webb was unable to catch the fly ball, however, as it bounced off the end of his glove. Javier Baez hit a two-out single after Webb was taken out, but the Cubs were unable to add to their lead in the seventh, much to the relief of Webb.