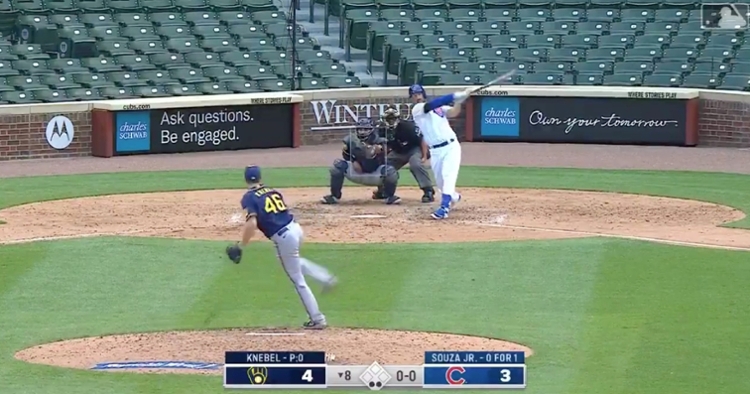 Steven Souza Jr. hit a clutch two-out home run to tie up the Brewers in the eighth inning.

CHICAGO — A pitching change worked in the Chicago Cubs' favor on Saturday, as Steven Souza Jr. hit his first home run as a Cub to tie the Milwaukee Brewers at 4-4 in the bottom of the eighth at Wrigley Field. Corey Knebel replaced Brent Suter, who had been dominating the Cubs' batting order, and was taken deep on his first pitch.

The 369-footer from Souza was just fair down the left field line, and it landed in the basket at the top of the wall. Souza replaced Victor Caratini as the designated hitter earlier in the game. His clutch two-out jack came on a four-seamer.

.@SouzaJr's first #Cubs home run is a big one! pic.twitter.com/k3iQomTviH