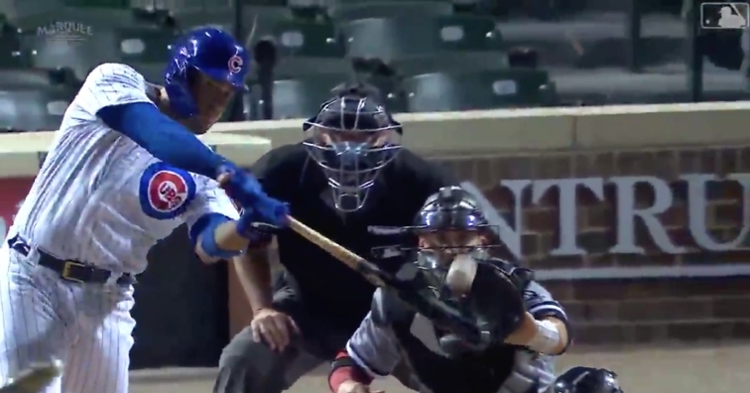 CHICAGO — With the first big hit of the series for the Chicago Cubs, Victor Caratini cranked a two-run double off the wall at Wrigley Field on Saturday. Serving as the designated hitter, Caratini tied the Chicago White Sox 2-2 with the two-bagger, which sailed into the left field well.

White Sox hurler, who hit Willson Contreras with a pitch and walked Jason Heyward earlier in the frame, gave up the double on a changeup in the bottom of the second. Contreras and Heyward scored with ease. The Cubs were decimated 10-1 in the series opener on Friday, with their only run coming in the eighth inning. Therefore, Caratini's two-bagger marked the first significant hit of the weekend series for the Cubbies.