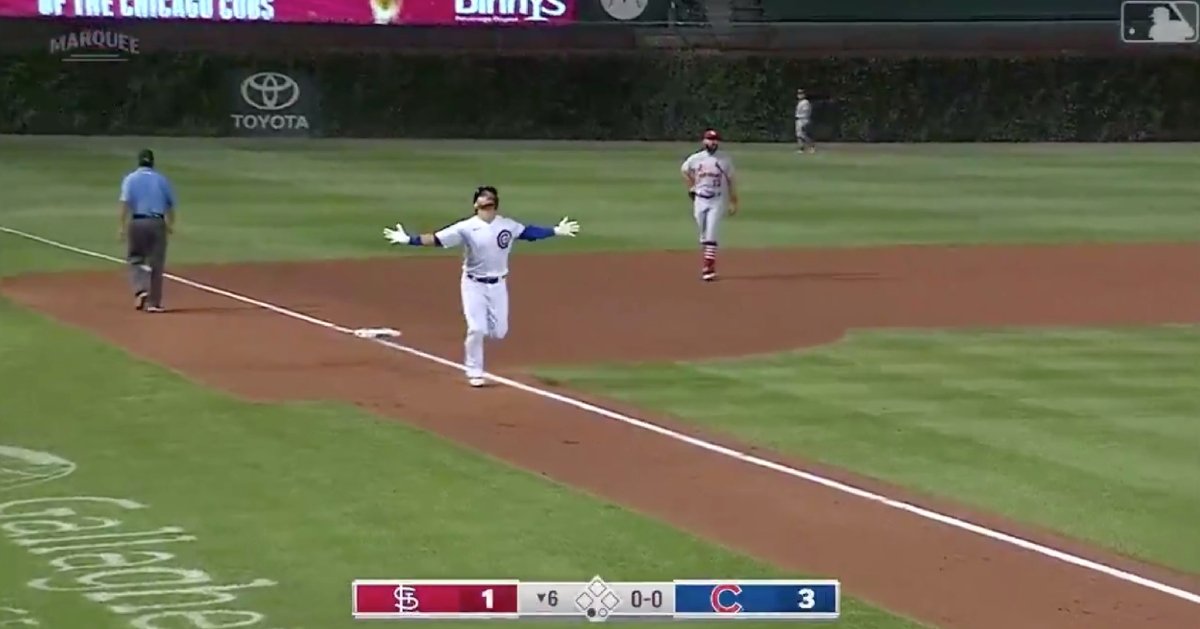 CHICAGO — Tallying his fourth RBI of the night, Chicago Cubs catcher Willson Contreras stayed hot with a solo bomb at Wrigley Field. Taking St. Louis Cardinals reliever Jake Woodford deep to center, Contreras increased the Cubs' lead to 4-1 in the bottom of the sixth on Friday.

Contreras' fifth dinger of the year came after the backstop hit a two-run single and an RBI base knock earlier in the contest. The long ball carried 412 feet and provided Contreras with his 17th RBI of the year. Contreras, who served as the designated hitter on Friday, has been slumping as of late, so a four-RBI night might be just the trick to get him going at the plate.

Been a huge proponent of the DH my entire life. pic.twitter.com/YM2b19ShBu