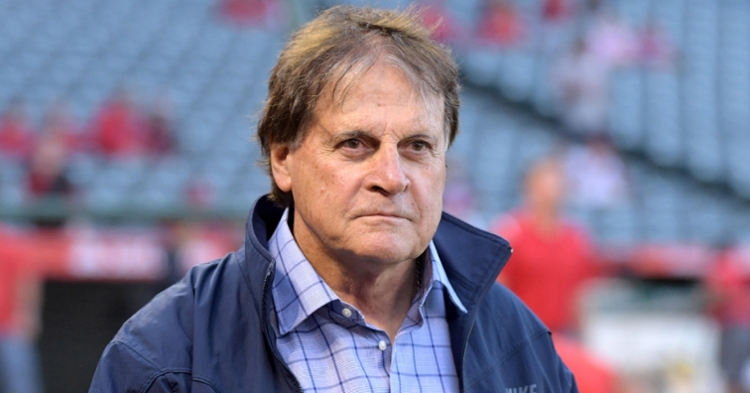 This is huge news for Chicago fans mostly on the South Side.

The White Sox announced that they have hired Tony La Russa as their new manager.

"We are extremely excited about the future of this team," said Rick Hahn, White Sox general manager said. "As we showed in 2020, this is a young, talented club that we expect to only grow better and better in the coming years. Adding in a Hall of Fame manager who is recognized as being one of the best in the history of the game, we are a step closer to our goal of bringing White Sox fans another championship."

Tony La Russa is excited about the opportunity.

"While I have had other inquiries about managing since retiring, this opportunity with the White Sox brings together a number of important factors that make this the right time and the right place, La Russa said in a statement. "The on-field talent is amazing, and the front office, led by Kenny Williams and Rick Hahn, has done everything necessary to create an atmosphere of long-term success. All of those factors aligned to make this a tremendous opportunity, and I am excited to get going as soon as possible by building a coaching staff and getting to work."

Tony La Russa, a member of baseball’s Hall of Fame, the third-winningest manager in baseball history, a three-time World Series champion and a four-time winner of the Manager of the Year Award, has been named the new manager of the Chicago White Sox. pic.twitter.com/RKP24rleHP

In 1979, Tony La Russa got his first managerial job, taking over the White Sox.

The hiring of Tony La Russa has ruffled feathers in the White Sox organization. A number of employees have concerns about his ability to connect with younger players and how he will adapt to the field after being away 9 years.

This was a Jerry Reinsdorf decision. Simple as that.

The White Sox making this hire after reshaping the roster, minor league system and culture is a huge step back. Wow.

The #Whitesox never interviewed A.J. Hinch, who is the #Tigers No. 1 candidate.