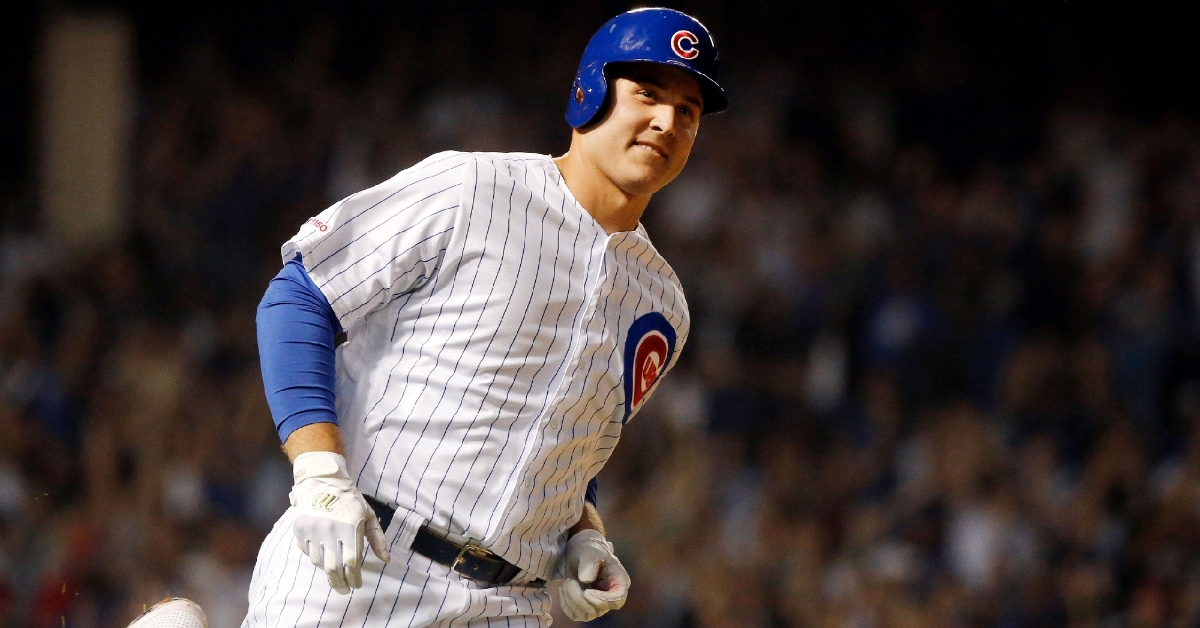 Cubs first baseman Anthony Rizzo was announced as the Gold Glove winner for the second straight season in the National League on Sunday night. It was a good day for Rizzo besides the prestigious award as the Cubs picked up his $16.5 million team option for 2020.

It is Rizzo's third Gold Glove award overall (2016, 2018, 2019) in his distinguished major league career. He is only the third first baseman in Cubs history to win this award with Mark Grace and Derrek Lee.

The Cubs have won a Gold Glove in four-consecutive campaigns for the first time since 2004-07 (Greg Maddux and Derrek Lee).

Rizzo batted .293 with 27 homers and 94 RBIs this past season. Defensively, he tied Paul Goldschmidt with the least amount of errors at first base with five.

His teammate Jason Heyward was a finalist in right field in the National League.

You know how many times I had to run to cover first base for him to win the gold glove?
I’m 60 feet away from first base, but him? He’s only 10 feet away.